I bought a few books when I was in Singapore. One was Harvard Professor Jeffrey Sachs's Commonwealth, rather a heavy read about world economics. The next two were law related, John Grisham's The Appeal which taught me a lot on the politics of the American States' Supreme Courts and the other which I completed last night after a marathon 5 hour was Lord Jeffrey Archer's A Prisoner of Birth. Lord Archer ever since his release after a stint of about two years in the British penal system has managed to acquire a lot of knowledge about how the penal system works. The last book is Eoin Colfer's The Airman. Eoin Colfer is not an adult read but I enjoyed his books. 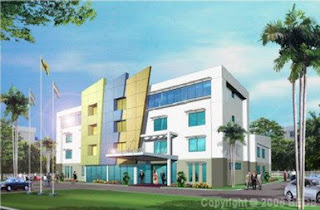 Anyway, just as there are good books, there are also I noticed a number of very good Brunei blogsites. I recommended Local Freakonomics the last time I talked about good local blogsites and that has remained one of the premier sites that talked about Brunei economics. Another which I noticed talked about law which is Papa Law on Brunei Law whose catchphrase was Laws are not only for lawyers. I loved this site as similarly to what I do, it focused on an something about Brunei, this one on an area of Brunei law for every entry. Even though I know most of them but it is still refreshing to read about them from someone who clearly knows something about how the law and legal system works in Brunei.

Another one which AnakBrunei has beaten me to it in introducing this website touched on very weighty topic especially on the state of Brunei's economy and many other topics besides is Debating Brunei whose catchphrase is Discuss, Debate, Analyse, For a Brighter Future for Brunei. They recently asked my advise on where they should be going. Well, I don't think I need to. They obviously know what topics they need to focus on. With blogsites like this, I think the future of Brunei is quite bright.

Moving on to a lighter but equally interesting is Nina Suria whose speciality is cookery and books - in Malay. This is probably one of the few Malay language or rather mixed Malay Brunei language which I think has been able to write in our language without us thinking that it is written in the Malay language, if you know what I mean. There are times when we read certain thing, we automatically switch languages without us realising it. Ninasuria is like that. You automatically read the blog in Malay and enjoyed reading it. Go there and visit.

Al-Qadr said…
I don't mean to sound too much patronising always, BRo, but you deserve as much credit too for inspiring most of our Bruneian bloggers to start their own blogsites. Even if His Majesty's Government does not seem to practise 'transparency' in the eyes of the World Bank or IMF, doesn't mean Bruneians can't speak their minds, be they senior civil servants or simple ordinary folks.
Tuesday, April 08, 2008 9:18:00 AM

Reedz said…
Absolutely agree with mohammad. I would be doubly chuffed if our ministers started blogging! Deputy Minister of Industry & Primary Resources has sort of taken the first step by opening an email channel for SME's... I think he would make an excellent blogger given his candid personality :)
Tuesday, April 08, 2008 10:00:00 AM

ROGUE ECONOMIST said…
Me three! I agree with mohammad and Anak Brunei. Credit to YOU!

AARON JOHN said…
I didn't know that you read John Grisham's novels Mr BR. I love reading his novels and short stories. I got all his books except for Skipping Christmas. I read a few months back that George Clooney bought the rights to his first and so far only non-fiction book The Innocent Man. Can't wait to watch the movie.

I haven't read Jeffrey Sachs' latest book but I've read The End of Poverty. I also listened to his interview on Radio Economics (a podcast) plus a cover story in Time magazine. I see him as one of the good guys. Although he was probably culpable for his shock therapy on Russia, he did achieve some degrees of success in some Latin American countries.

As for interesting books, may I recommend The J-curve by Ian Bremner. I haven't finished reading it but I listened to his interview on The Daily Mayo (Simon Mayo's podcast).

Also Steve Jobs' aptly titled biography iCon. That was a very good read. As good as if not better than Bill Gates' Hard Drive.

I enjoyed reading Barack Obama's The Audacity of Hope and am planning to buy his first book Dreams from My Father. I think if elected, he would probably be a better US president than Clinton and the Bushes. He certainly has that Kennedy-esque charisma. His background and upbringing are also to put it mildly very interesting. He's definitely an intelligent man being the first black president of the Harvard Law Review. And he has never been a corporate lawyer - unlike Hillary (he was a civil rights lawyer & law professor). I really hope he wins the November general election. I don't mind if Hillary Clinton wins but I really don't like that John 'hundred years in Iraq' McCain. He'll probably attack Iran or Syria (or any 'rogue states') with every opportunity he gets.

Micheal Moore's books are also interesting. He might be biased, but I don't care because he can be very funny. I remember reading TV Nation on the plane and restraining myself from laughing out loud!

Fast Food Nation by Eric Schlosser is also an interesting book. I'm sure everyone has heard of this book. It is an expose of the American fast food industry.

I've been buying some Noam Chomsky books at Best Eastern. I'm happy that they got some good books. I was sad when Solitude at The Mall was closed. Not sure about their branch in Bandar, is it still open?