Showing posts from January, 2016
Show all

Bears and Humans at Bukit Beruang

January 27, 2016
RozanYunos Bandar Seri Begawan Sunday, January 24, 2016 IF A stranger to Brunei drives through from Tutong to Kuala Belait, he will come across a lot of place name signages along the highway and will, indeed, be surprised to find one that reads Perumahan Kampung Bukit Beruang, or “Bukit Beruang Village Housing Estate” if translated to English. If that special name of Bukit Beruang was to be translated further, it becomes “Bear Hill”. Bear Hill or Bear’s Hill is, not surprisingly, quite a common name for places around the world. There is a Bear Mountain in California and in Brunei itself, there is a Sungai Beruang or “Bear River” not far from where Bukit Beruang is located. In Canada, there used to be a place called Bear Hill in the early 19th century but since 2014, it had been changed to Maskwacis which still means Bear Hill in the Cree language. South Dakota, USA, has a geological feature which is named Bear Butte. Bear Butte is called MathóPahá, or “Bear Mountain” by the Lakota Re
Post a Comment
Read more

January 23, 2016
Oxford Business Group issued this report on 19 January 2016:- +++++ Brunei Darussalam Year in Review Economic News Update 19 Jan 2016  While 2015 saw some progress in Brunei Darussalam’s ongoing diversification efforts, the challenging external climate, together with an increasingly competitive regional environment, further underscored the importance of pursuing non-oil revenue sources. Lower global energy prices, on top of weaker commodity earnings, sparked a significant drop in government revenues in 2015, prompting both the public and private sectors to sharpen their focus on other areas of the economy, including financial services, the halal industry and tech start-ups. However, a relatively strong Bruneian dollar and lower commodity prices also served to curb inflation over the year, with the consumer price index up by a marginal 0.1% year-on-year (y-o-y) in November, according to the Autoriti Monetari Brunei Darussalam (AMBD). The year ahead looks set to bring n
Post a Comment
Read more 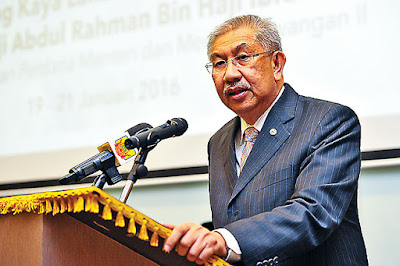 Oil price drop affects national spending on: January 20, 2016 | Siti Hajar | THE falling global oil prices are taking their toll on Brunei’s economy, with the government acknowledging yesterday that the current international economic climate surrounding the oil and gas industry is expected to further feed into Brunei’s financial deficit, should the trend continue. From a $213 million shortage in government spending for the year 2014/2015, it can spiral to $2.3 billion by the end of the current fiscal year if global oil prices continue to fall. In a speech delivered yesterday at the launching of the Enterprise Open Day at the Design and Technology Building in Anggerek Desa, Pehin Orang Kaya Laila Setia Dato Seri Setia Awang Haji Abdul Rahman bin Haji Ibrahim, Minister at the Prime Minister’s Office and Minister of Finance II, pointed to the “reality” that the shortfall in income that accounts for more than half of the country’s GDP, “has implications on the government’s abili
Post a Comment
Read more 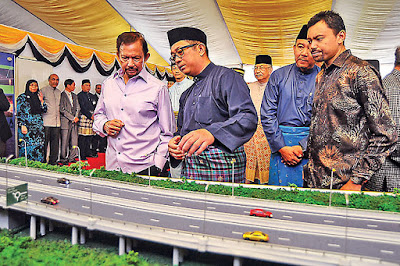 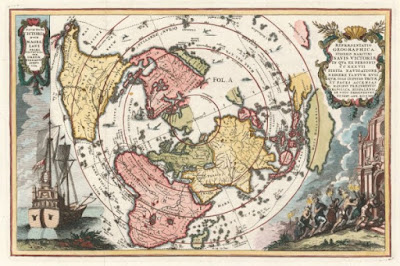 Rozan Yunos Bandar Seri Begawan Sunday, January 17, 2016 MANY Brunei history enthusiasts are very familiar with Pigafetta’s narratives about Brunei. Antonio Pigafetta was the Italian chronicler who was part of Ferdinand Magellan’s expedition around the world in the 16th century. It was his description of Brunei that many historians quoted quite extensively. His description is very comprehensive and covered many areas including the first description of the city entirely built on salt water. Parts of his description of Brunei include the following description of Kampong Ayer complete with its padians: “The city is built in the sea, the King’s palace and the houses of the principal persons excepted. It contains twenty-five thousand hearths or families. The houses are built of wood upon large piles, to keep them from the water. When the tide rises, the women, who are chief venders of necessaries, traverse the town in boats. In front of the King’s place is a large wall, built wit
Post a Comment
Read more 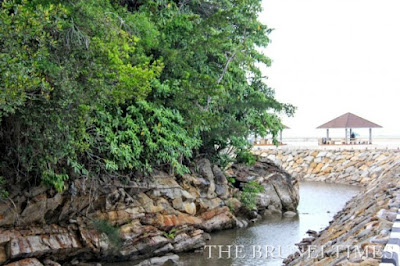 Adib Noor Brunei-Muara Sunday, January 10, 2016 TUCKED somewhere in Jalan Muara just before the scenic Muara Beach is a view like no other. Build as unique manmade landmark to maintain clean, sustainable rivers and a stable coastline around the area, this area has now become a haven for residents from the surrounding area. This majestic location is named simply as Tanjong Batu which consists of a long stretched out manmade structure, and a specially designed seawall which provides protection to the coast line. Once there, visitors will find a billboard which further explains the background and objectives of Tanjong Batu. The contents of the billboard stated that the area is part of project headed by the Ministry of Development Brunei Darussalam which was initiated to help Tanjong Batu from further land and cliff erosions. This project in turn aids in protecting the ecology of Sungai Pemburongunan and the rare turtle nesting areas along the coastal
Post a Comment
Read more

Brunei and Malacca in the 15th Century 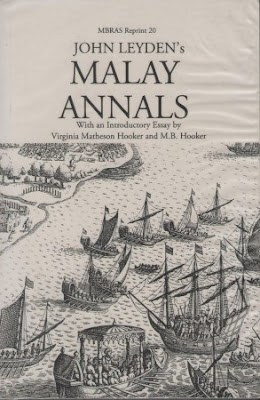 Rozan Yunos Bandar Seri Begawan Sunday, January 10, 2016 ONE of the best sources for Malay history is the “Sejarah Melayu” or in English is known as the “Malay Annals”. The subjects covered in the work included the founding of the kingdom of Malacca and its relationship with neighbouring kingdoms, the advent and spread of Islam in the region, the history of the royalty in the region as well as the administrative hierarchy of the Malacca kingdom and its successor states. It is regarded as the finest literary and historical works in the Malay language. It was originally written in the Classical Malay in the old Jawi script. The original version of it was said to be written during the reign of the Malacca Sultanate in Malacca. It was brought together when Sultan Mahmud Shah fled from Malacca in 1511. In 1528, the original document was brought to Johor from Kampar. In 1536, the document was seized by the Portuguese but it was later brought back to Malacca. The original script was rewrit
Post a Comment
Read more 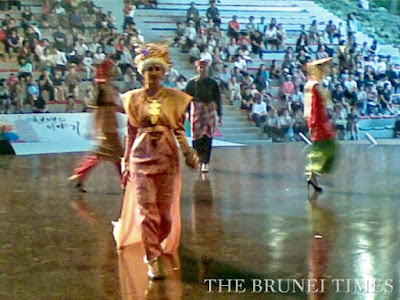 Rebecca Oi BANDAR SERI BEGAWAN Thursday, January 7, 2016 IN THE recent years, the local creative industry has become prominent in the sultanate, noticeably targeting the youth. The Brunei Arts Enthusiasts Association (PeSTAB) chaired by Awang Seruddin Haji Awang Damit has been striving to boost the industry since its inauguration in 2005. Starting with a group of 15 people, the association has grown to 80 members specialising in all aspects of the creative and cultural industry which include craft, design, literature, music, performing arts and visual arts. Speaking to The Brunei Times recently, Awang Seruddin said that PeSTAB is made up of professionals who have ample experience in their craft armed with the drive as well as the determination to succeed. “We are different from other organisations as they would only concentrate on a specific skill set or talent. Rather, we are an association combining various genres of art and we would like to inspire and
Post a Comment
Read more

January 06, 2016
The Oxford Business Group on 29th December 2015 reported the following: +++++ Brunei Darussalam | Tourism  Economic News Update | 29 Dec 2015 A cabinet reshuffle in Brunei Darussalam has sharpened the country’s focus on tourism against a backdrop of sluggish industry growth and falling visitor numbers. Created in October 2015, the Ministry of Primary Resources and Tourism is charged with exploring ways of leveraging Brunei Darussalam’s strengths, which include its strategic location in the heart of the ASEAN region and a variety of natural attractions. The reshuffle was widely welcomed by the country’s tourism operators, many of whom see it as a sign that the government is looking to shore up support for the industry, which is seen as a key component of the national effort to diversify Brunei Darussalam’s economy. Abundant attractions Emerging niche markets, such as the eco- and agri-tourism segments, together with short-term stays, feature prominently on the list of are
Post a Comment
Read more 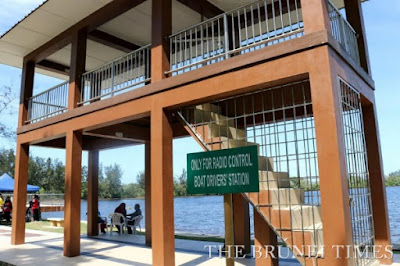 Hafiizah Maideen BELAIT Sunday, January 3, 2016 TUCKED away in the corner between Seria town and Lumut, is a recreational park known to the locals as Anduki Recreational Park. Built sometime in 1992, the park is located on the roadside of the old road connecting Lumut-Seria and Kuala Belait. It was constructed to commemorate the silver jubilee of His Majesty Sultan Haji Hassanal Bolkiah Mu’izzaddin Waddaulah, the Sultan and Yang Di-Pertuan of Brunei Darussalam. The project was developed by Brunei Shell Petroleum. Originally, the park is a series of abandoned natural sand pit – formed due to its location near the coast. These flooded sand pits were transformed into a 53-hectare landscaped leisure area, whereby the former deep sandpits have been converted into a broad lake in the middle of the recreational area. Back then, the lake serves as the focal point for a range of recreational activities including fishing, boating and windsurfing. Recently, it becam
Post a Comment
Read more

The Origin of Kampung Sultan Lama 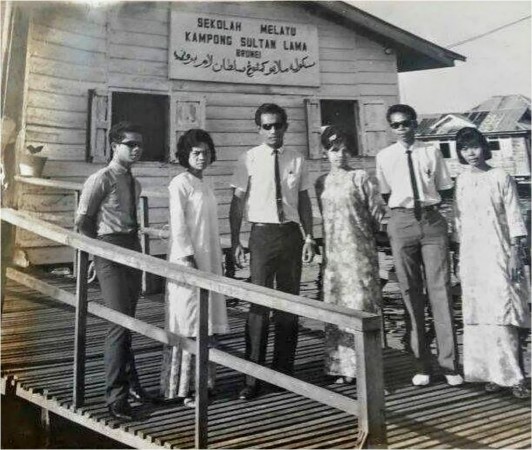 Teachers at Sekolah Melayu, Kampong Sultan Lama Kampong Sultan Lama is the most packed village facing the main road Kampong Sultan Lama facing Jalan Pretty Major Function are often held at Jalan Pretty A village inhabitant keeping a payau in the confined space of the kampong Rozan Yunos Bandar Seri Begawan Sunday, January 3, 2016 (Published in The Brunei Times on Sunday) BANDAR Seri Begawan, a historic city, has changed a lot in recent years. Just off the city centre, we can see a towering tower holding the cables to the cable stay bridge crossing over from Bandar Seri Begawan to the Sungai Kebun area, a journey which can take an hour before and slashed to minutes with the new bridge. The historic houses of Kampong Ayer which used to straddle both sides of the Brunei River now only straddles the far side. The Kampong Ayer houses on the town side of Bandar Seri Begawan has completely disappeared now. In its places are small mangrove trees and sandbanks. T
Post a Comment
Read more
More posts