Showing posts from July, 2016
Show all

July 05, 2016
BRUNEI has retained its Tier 2 status in the 2016 Trafficking in Persons (TIP) Report published on Thursday. The report, issued by the United States Department of State in Washington assessed 188 countries including Brunei in terms of the prevention, prosecution and protection aspects. The Brunei Government has made significant efforts to meet the minimum standards of the Trafficking Victims Protection Act for the elimination of trafficking in persons, the Embassy of the United States of America in Brunei Darussalam said in a media statement yesterday. The report has provided a number of recommendations for the Brunei government to increase its efforts to combat human trafficking. “Protecting the most vulnerable among us from human trafficking is difficult work that all governments, and all people, are responsible for. I commend the Brunei Government for its efforts to not only protect the welfare of victims, but also make sure human traffickers are brought to justice under Brunei law,
Post a Comment
Read more

The Beginning of the Maritime Silk Road 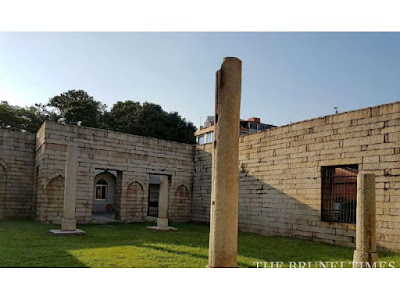