What do you know about Rice in Brunei? 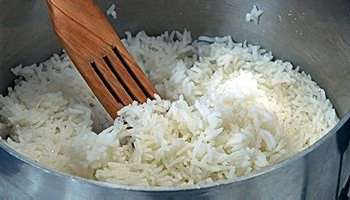 The other day, the Head Honcho of Information Technology told me that there is no way Brunei can be self sufficient in rice. Even if we cultivate the entire surface area of Brunei, we still do not have enough land to grow rice sufficient to feed the whole country. This is assuming every single inch of Brunei is cultivatable. If you were to take that there are parts of Brunei which nothing will ever grow such as mountains, bare patches, ungrowable areas (including the small lawn in front of my house), then there is even less space available to grow rice. I am quite comfortable with that assertion when he told me, if I am not, then I have to delve through three volumes of 2 inches thick each to verity it.

There are three 'huhs?' to this piece of information. The first 'huh?' is that it is quite disturbing to realise just how small Brunei is spacewise and the second 'huh?' is to realise just how much rice we Bruneians consumed in an entire year. There is nothing much we can do for the first part (maybe we can grow superfast rice with several productions a year or buy another piece of land outside Brunei like the giant cow ranch we have in Australia and grow rice there) and really there is not much we can do about the second part either (unless of course we can figure out a way of not eating too much rice as our carbohydrates requirement and eat something else as a substitute). Either way, we need to continue importing our rice. Whether we should continue to expand our local rice production or not depends on whether we want to maintain a local agriculture or otherwise. Though I have been told by a an ex-army officer turned rice grower that he can make on average around $2,000 a month growing rice in a 30 acre paddy plantation, but without subsidies, the amount would be around half that.

Anonymous said…
As a Bruneian, I'm really grateful to the Govt of His Majesty the Sultan for the subsidy of rice, petrol n many others. We are really lucky to be a Bruneian.
Thursday, May 04, 2006 11:34:00 AM

FlyBoy said…
I wonder if Thailand is the only country we import rice from. If that is so, wouldn't it be wise to think of other alternative countries to import from if say one day Thailand has a short supply of rice.Just a thought.
I think the Head of IT should stick to what he knows best and let the Dept of Agriculture and Ministry of Development find measures to sustain and grow the rice production in our country.
Thursday, May 04, 2006 1:43:00 PM

Anonymous said…
In my first year studying overseas, I thought, right, will try not to consume much carbs in terms of rice.

I end up binging on chips and that made me sick (a few kgs heavier). So from then on I say no to chips and now have an invaluable relationship with my rice cooker. I admit, im a true bruneian who loves her rice.
Friday, May 05, 2006 10:22:00 PM

Anonymous said…
heard vietnam rice is nice... so why not import some from there...

Anonymous said…
I've tried the locally-cultivated rice - even the purple variety, for which Marudi is famous for - and I admit I've been spoiled silly with imported rice; Bruneian rice just doesn't have that zing. And I think people here need to be reminded of the subsidy on rice and sugar - IMHO I have seen too many people throw leftover rice away 'because it's cheap'.

Unknown said…
We can arrange shipment of various types of rice from Bangladesh if you are interested.

Unknown said…
i am from Pakistan and have a vast experience in rice growing and rice milling due to Pakistan,s power problem i want to move from there i want to serve in rice field of Brunei.if govt of Brunei sport me i will prove my abilities to achieve the targets of self-sufficiency policy. thanks my e.mail aliricemills008@gmail.com
Sunday, January 06, 2013 11:03:00 PM

Drul Hamid Abd said…
Miracle can happen in case of boosting rice production in Brunei also. currently rice yield in Brunei is about 1. 5 t per ha which is much lower than global rice yield. This can be raised to 4 t per ha without much efforts. Brunei requires nearly 35,000 tons of milled rice annually the demand you can meet planting rice to 7000 -8000 ha land twice a year. Soil acidity and acid sulphate soil might be a problem, but you can have a massive plan for managing acid sulphate soils. Dr Abdul Hamid, Bangladesh
Tuesday, November 04, 2014 1:22:00 PM