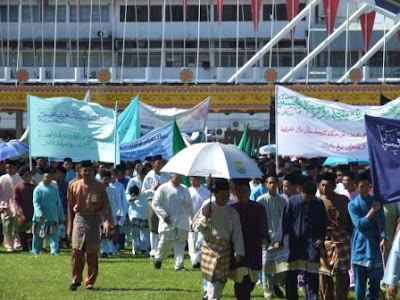 I was watching television last night when there was someone from the Religious Affairs Ministry talking about the history of Maulud Nabi or as we now call it Maulidin Rasul - the ceremony to commemorate the birthday of Prophet Muhammad SAW. I was quite intrigued as he was talking about how grand the first celebration was which was surprisingly a few hundred years after the death of the Prophet.

It seemed that the first tribe to hold the ceremony was Bani Ubaid Al-Qoddakh who call themselves 'Fatimiyyah' and this tribe came from the Syiah Rafidhah. They entered the City of Cairo in 977 (362 Hijra) and since then the practice of holding maulid spread. By the 7th century Hijra, King Mudhafir Abu Sa'ad Kaukaburi held a huge celebration which was said to be prepared with 5,000 roasted meat, 10,000 chickens, 100,000 glasses of milk and 30,000 plates of dessert.

If you read widely, among Islamic theologians, there is a debate as to whether holding the maulidin Rasul is an accepted practise. The debate centered around the argument that holding a celebration to celebrate the birthday was not done by the Prophet or among his companions. Though some argued that it was known that the Prophet does celebrate it albeit quietly by fasting during his Birthdays. So based on that, it is an acceptable practise. Wallahualam. Though one more moderate argument I read written by an Ustaz Mohd Ghouse Khan gives a better argument among which is that the debate around this is 'furu' which is that the debate is over small matter and not matter which affects the Islamic principles.

This morning, there was an interesting competition in umbrellas among the various organisations that participated in the Mauludin Rasul in Bandar Seri Begawan. It was a hot day and the various participants needed some shade. What else if not the umbrellas with your own companies' logos. 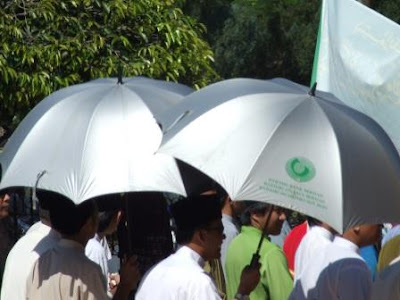 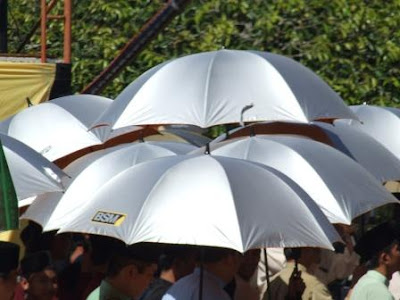 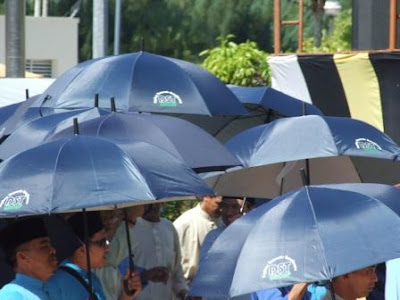 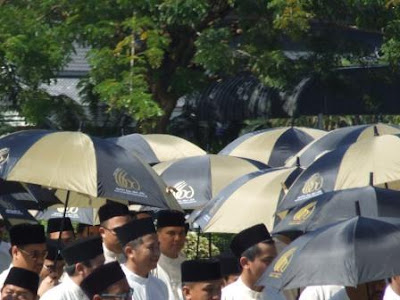 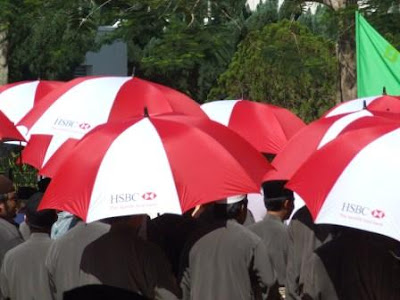 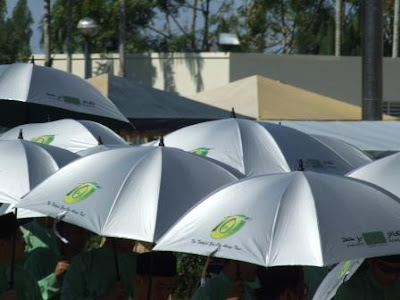 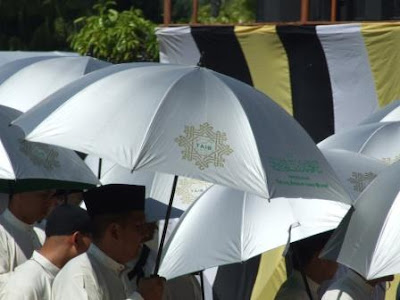