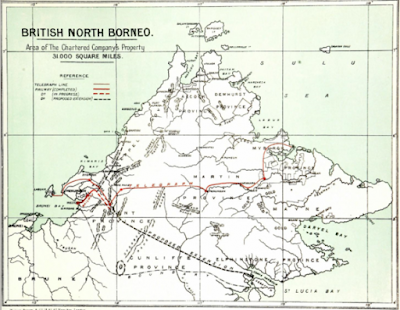 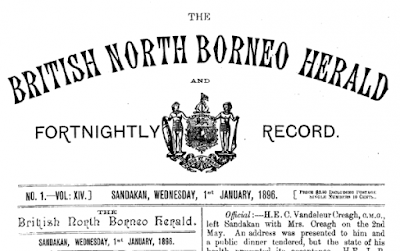 MANY people who had passed by Jalan Maulana to go to Kuala Belait would have seen Istana Manggalela right after the small roundabout. It is a beautiful small palace and despite it not being used for maybe decades, the palace continues to be well look after.

The work on the palace, that was started in 1956 and completed in 1958, was originally designed to be the palace for His Majesty Sultan Haji Omar Ali Saifuddien whenever he visited Kuala Belait.

In those days, the roads linking Brunei Town, the nation’s capital, to Kuala Belait were still in their infancy. In some parts of the journey, the roads would disappear and motorists had to drive their vehicles along the coast.

At some places, you had to wait until the tide ebbed out before you could drive across. However, if the sand was too dry, one could not use the beach as a make-shift road either.

So, unlike today’s comfortable one hour drive, in those days, the BSB-KB trip could take as long as one day or more. So a palace was essential for the Sultan to stop and rest whenever he went to Kuala Belait as well as for members of the royal family and entourage.

Where does the name ‘Manggalela’ come from? According to an article in the Berita Muzium which gets their sources from a newspaper called Berita Brunei edition April and Edition July 1958, the name was derived from an old battle which happened in Padas, Weston in Beaufort, Sabah.

It was said that during the North Borneo Chartered Company days which then already controlled parts of North Borneo (Sabah), the Company wanted to own all the lands in Sabah including Padas which at that time still was still governed by the Brunei Sultan under the leadership of a Brunei noble named Pengiran Shahbandar Hassan. The Bruneians living around that region protested and the North Borneo Company sent its army.

During that battle, the North Borneo army failed to defeat the Bruneians.

Part of the reason it was said that around the Manggalela Fort, the defenders had put up a white cloth curtain as a shield against the army and bullets supposedly did not go through it. The shield was considered ‘magical’.

An interesting description of the battle named the ‘Padas Damit Battle’ can be found in the Sabah local government homepage which described the battle.

There was no mention of any magic bullet proof curtain but what was important was the building of a very strong fort made up of eight-foot-tall round wooden pillars at Kampung Galila which prevented the well armed British army from attacking. And what was also important was the bravery of the locals who were only armed with knives and swords as opposed to guns and cannons.

It was a long drawn out battle and fighting went on between these two sides in the period of December 1888 to May 1889. The locals eventually lost when the British declared them as pirates and started to kill them one by one.

The British eventually took over the area and renamed the whole area as Beaufort in 1895 after Governor Beaufort who was the British Governor based in Labuan then.

The name of the Istana was chosen in commemoration of the bravery and skills of the locals at that battle. Many details about the battle, were not mentioned in the short tales. Many details especially those who were involved were not known and whether the stories were true. There were even questions as to the leader of the fighters known as Pengiran Shahbandar Hassan as to who he was.

Mohd Abdullah bin Abdul Ghani in presenting his paper entitled ‘Pengiran Shabandar dan Perang Padas Damit 1888: Lagenda dan Kebenaran Cerita Lisan Masyarakat Beaufort Sabah’ for the second Borneo History Seminar in 2011 tried to answer who was Pengiran Shabandar in Padas Damit as well as what the actual events were by studying the various literature that exist as well as speak to local story tellers.

The British North Borneo Herald on November 1, 1888 described Pengiran Shahbandar as “Pengiran Shabandar, a chief distinguished ‘for ways that are dark and tricks that are vain’ is the ruler of Padas Damit, a river that was bequeathed to his half sister Fathima as a dowry by the late Sultan of Brunei.

On May 1, 1889, the British North Herald carried out another article and described the father of Pengiran Shabandar as “a strong adherent of Sir James Brooke and fought for him on several occasions, his son delights in recalling his father’s brave deeds and his love and reverence for the late Rajah”.

In the treaty signed on March 2, 1889 also gave his identity “the Pangeran Shahbandar hereby further agrees with a view to avoid all difficulties in the future to obtain the assent of His Highness the Sultan of Brunei and his signature to the Treaty and also the concurrence and signature of the Pangeran Baboo Fatima, and the Pangeran ...”

What we can deduce so far is that Pengiran Shahbandar Hassan is the step brother of Pengiran Fatima or Pengiran Babu Fatima who married a member of the Royal Family and was presented the area of Padas Damit as a wedding gift from the Sultan. Who then is Pengiran Fatima?

The written record of the Padas Damit Battle can only be found in the British North Borneo Herald and a book written by Owen Rutter in 1922, all written from the British perspectives. The issue first started due to the undefined boundary between Padas Besar and Padas Damit. There was an overlapping claim between the two. This could have been due to Sultan Abdul Momin who leased the land in 1884 had died on May 30, 1885.

The confusion went on for about two years before the Brunei Government issued a document that stated that everyone staying on the overlapping claim will be compensated. The British compensated the land owners but Brunei did not do so.

The British requested that the boundary markers be placed to indicate the two areas. However Pengiran Shahbandar and his men refused to do so and rebel against the British North Borneo. This was compounded by the fact that one of Pengiran Shahbandar's followers was a man named Patek who is wanted by the British as he was accused to have killed a British Army officer.

In July 1888, Governor Greah sent a letter demanding the surrender of Patek and. promised that the boundary will be set by the British Resident in Brunei. But this was ignored by Pengiran Shahbandar Hassan.