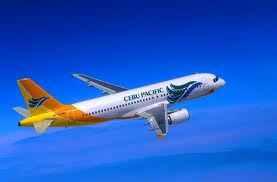 The arrival of a flotilla of traditional Filipino balangay sailboats in Brunei’s Muara harbour last month was not only a colourful display of seamanship – the boats are on a 14,000km journey around South-east Asia – it was also a reminder of the Sultanate’s plan to deepen trade and transport links with neighbouring nations.

A significant contributor to the enhanced cooperation is the Brunei-Indonesia-Malaysia-Philippines East Asian Growth Area (BIMP-EAGA) initiative. Launched in 1994, it seeks to boost economic activity between Brunei and peripheral states of the Philippines, Malaysia and Indonesia, since the states are economically distant from their countries’ main growth centres.

The multilateral grouping includes the states of Sabah, Sarawak and Labuan in Malaysia, the provinces of Kalimantan, Sulawesi, Maluku, West Papua and Papua in Indonesia, and Mindanao and Palawan in the Philippines. Around 1.6m sq km is covered by the BIMP-EAGA, with a combined population of some 57.5m people.

Brunei, which currently possesses the only international air gateway in the sub-region, Bandar Seri Begawan Airport, has long been a firm backer of the plan.

Thomas Koh, secretary general of the Federation of Transport and Stevedoring Brunei Darussalam, told reporters and sector insiders at a presentation in August that improving trade and transportation, particularly logistics, was key to the BIMP-EAGA vision.

Air links were strengthened in August with the Filipino low-cost carrier Cebu Pacific launching its first direct flight from Manila to Bandar Seri Begawan. The Brunei Tourism Board hopes that this will see a jump in the number of Filipino tourists and foreign visitors.

Cebu Pacific’s Vice President-Marketing and Distribution Candice A Iyog told Bruneian reporters soon after flights began that they enjoyed a 98% passenger load factor in its early days. Part of the route’s popularity is that it connects well with domestic Filipino destinations that the airline flies to.

An early morning flight from Bandar Seri Begawan to Manila allows for an onward journey the same day, connecting the Sultanate via the Filipino capital to airports such as Davao, the capital of Mindanao, and Puerto Princesa on Palawan.

The Malaysian low-cost carrier is also talking of opening a budget hotel as part of its Tune Hotel chain in Bandar Seri Begawan, to go along with the flight expansion. Tiger Airways, the Singaporean budget airline, still has no plans to add Brunei to its schedules, though it was given permission to do so back in 2006.

Overall, the number of international connections into Brunei is now increasing. There is also hope that sea connections will improve too, with the addition of a Muara-Labuan route to the itinerary of the roll on-roll off car and passenger ferry Shuttle Hope, which currently plies the Muara-Kota Kinabalu route.

However, the BIMP-EAGA initiative still suffers from the lack of direct flights within the sub-region, while the ferry project has met challenges in obtaining the necessary permissions from different national authorities. Unless addressed, this could limit the sub-region’s potential.

News Online said…
This is a smart blog. I mean it. You have so much knowledge about this issue, and so much passion. You also know how to make people rally behind it, obviously from the responses. Youve got a design here thats not too flashy, but makes a statement as big as what youre saying. Great job, indeed.
Monday, October 25, 2010 1:17:00 AM

Anonymous said…
we had a not so good experience with the ferry to Labuan, both ways!! the ferry hit the jetty at Labuan resulting in a big dent in the concrete (not the column as reported in paper) and there were no wave.there was a very very loud crash and we fell down from our seats. luckily our head didn't hit anything hard. On the way back, the ferry was not 'closed' properly due to a car too many.scary for us...
Friday, December 31, 2010 1:52:00 PM