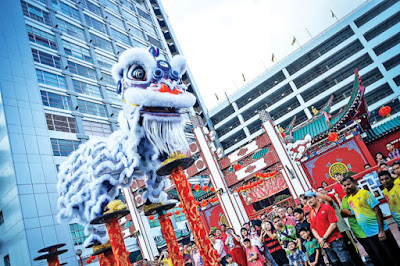 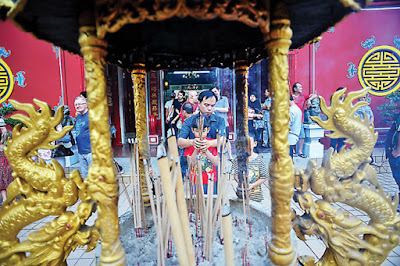 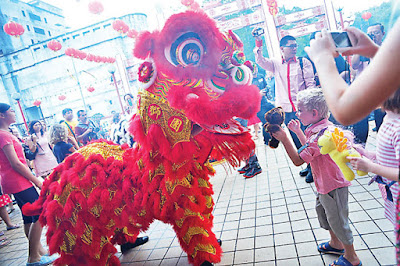 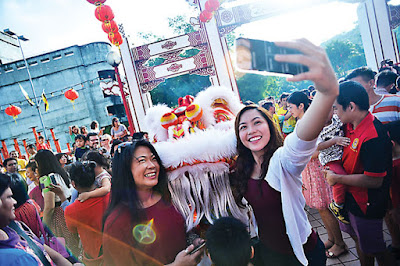 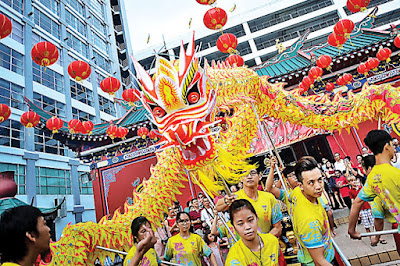 BRIGHT colours and lively drumbeats marked the start of the Chinese Lunar New Year of the Monkey yesterday, as members of the Brunei Chinese community gathered in droves at the Teng Yun Temple in the capital.

It is customary for the Chinese to begin the first day of Lunar New Year with temple offerings and prayers during this auspicious event in the Chinese calendar.

The symbolic ritual was performed before a crowd who had gathered as early as 7am to witness an entertaining and robust combination of traditional dance, acrobatics and music.

A number of tourists, shutterbugs and passers-by were drawn to the performance at the temple, while personnel from the Royal Brunei Police Force were stationed in the area to control the crowd and ease the flow of traffic.

Children clearly enjoyed themselves during the colourful display with several patting the lion on the head and feeding it red packets (or ‘ang pow’) for good luck.

Meanwhile, in keeping with tradition, the Chinese community began hosting open houses and welcoming visitors to share in the joy of the occasion.

With celebrations to mark the Year of the Monkey already underway, members of the Brunei Chinese community shared their renewed hopes and aspirations, wishing for a better and more progressive year.

In an interview with the Bulletin, Olivia Tang, a teacher, said the first day of the Lunar New Year is traditionally the first day of Spring, which also reflects a fresh start, giving a chance to leave behind the past and move on with new resolutions.

Another member of the Chinese community, Adrian Wong, said that the Lunar New Year is also a time of celebration with family members, remembering the deceased and wishing each other prosperity and good fortune.