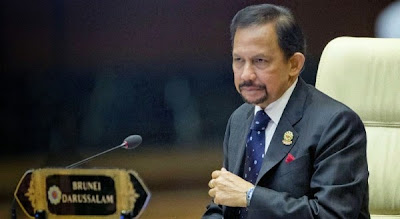 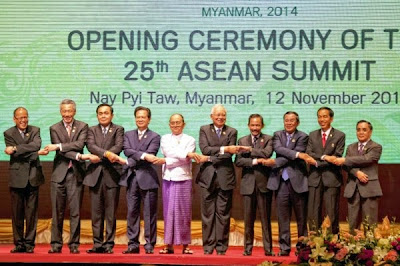 NAYPYIDAW, Thursday, November 13, 2014 - HIS Majesty the Sultan and Yang Di-Pertuan of Brunei Darussalam said he sees the need for the Association of Southeast Asian Nations (ASEAN) to have the capacity to ward off the influence of terror and extremist groups on people in the region.

In a titah or royal speech during the plenary session of the 25th ASEAN Summit yesterday, the monarch said these groups threaten security and that “more worrying is that peoples in the Southeast Asian region are at risk of being recruited to join such groups”.

This as His Majesty noted that countering the acts of extremism and terrorism happening in various parts of the world are “another immediate challenge requiring ASEAN’s attention”.

In a statement, the Prime Minister’s Office said: “In this regards, His Majesty supported Yang Amat Berhormat Dato Laila Utama Dato’s Sri Mohd Najib Tun Haji Abdul Razak, Prime Minister of Malaysia’s proposal for ASEAN ministers to work closely together in ensuring that ASEAN has the capacity to address these immediate challenges.”

The monarch also stressed on the need for ASEAN to clarify and understand what is really meant by “people-centred ASEAN”, so that its people would remain central in strategies and programmes designed by the association.

His Majesty supported the Malaysian prime minister in making “people-centred ASEAN” as the main focus of Malaysia’s chairmanship next year.

His Majesty urged that careful consideration is given in ensuring the establishment of a “people-centred" ASEAN which should be a community where one can relate and benefit from”.

At the same time, the monarch said that efforts should be made in narrowing disparities such as alleviating poverty and addressing the difficulties faced by those who are struggling to make a decent living.

His Majesty said in the political sense, a “people-centred ASEAN” means a community where citizens should continue to enjoy peace and stability, while economically, it means sustainable development is required to create better standards of living for the ASEAN people.

The establishment of a “people-centred ASEAN” should provide meaningful livelihood and dignity to the ASEAN people, the monarch said, adding it would require good governance, sustainable development, assisting and protecting vulnerable groups such as women, children and providing more opportunities for all, especially the youth.

This, said His Majesty, will be a formidable undertaking for ASEAN and therefore, the association should strive to strengthen its internal coordination and cooperation in all three pillars to ensure ASEAN initiatives are carried out promptly for its people.

His Majesty was pleased to note that a communications master plan has been finalised to spread the ASEAN message where its people will have better understanding of the ASEAN community. The monarch was also pleased at the recommendations of the High Level Task Force that has emphasised the importance of greater cross-pillar and cross-sectoral coordination as well as cooperation.

This also includes putting forward proposals to strengthen the capability of the ASEAN secretariat in carrying out its task, and His Majesty stressed that it is important for these recommendations to be acted upon immediately. His Majesty suggested that ASEAN officials come up with a Post-2015 Vision to ensure that ASEAN remains relevant for the next five decades.

His Majesty noted that in three years time ASEAN will be commemorating its 50th anniversary, and over the last three decades, the Southeast Asian region has enjoyed continuous peace and stability, rapid economic development and the deepening of socio-cultural ties.

Throughout the next 50 years, the monarch said, ASEAN will be facing many complex challenges, and there is a need to be constantly prepared to address them.

ASEAN community building, said His Majesty, is both a long-term vision and a platform to strengthen ASEAN’s cooperation in all areas amongst the people of the region, and it will continue to be ASEAN’s main focus for many years to come.

His Majesty also emphasised the importance of strengthening ASEAN community building efforts, because the challenges faced in the 21st century such as economic inequalities, pandemic diseases, natural disasters and transnational crimes directly affect the people of ASEAN.

To this, His Majesty expressed his support for Prime Minister of Thailand Prayut Chan-o-Cha’s proposal to address next month the issue relating to the outbreak of Ebola in other parts of the world.