Showing posts from June, 2016
Show all

Looking At Brunei Through Spanish Eyes

June 13, 2016
THE GOLDEN LEGACY, THE BRUNEI TIMES 12 JUNE 2016
LOOKING AT BRUNEI THROUGH SPANISH EYES BY ROZAN YUNOS
THIS week’s article continues on the narratives of the chapter on Brunei as written in the Boxer Codex. The Boxer Codex is a book written about Philippines and the surrounding region during the Spanish administration around the late 16th century. The Boxer Codex was found in 1947 by a British Historian named Professor Boxer.

The Boxer Codex noted that the current Sultan of Brunei was Sultan Nur Alam, who used a different name when he was a prince, Sultan Rijal. The Codex also noted that Brunei had two different people, one was the Visayans, who were not Muslims and the other people was the people of the Islamic religion and these people were not originally from Brunei.

According to the Boxer Codex, the Muslims in Brunei came originally with another ruler named Sultan Yusuf who originally came from Cavin, a city from the Mekah region around the late 12th century. Sultan Yusuf went to Chin…
Post a Comment
Read more

A DOCUMENT found by a historian by the name of CR Boxer in 1947 may have a profound effect on Brunei’s history. The manuscript called the ‘Boxer Codex’ is described as a manuscript dating from the late 16th century and containing about 270 pages of text, written probably by a Spanish and possibly by a Filipino clerk, and drawn from a variety of sources.

The most important is that the text of this single volume manuscript consists of contemporary accounts describing these places, their people and customs, and the European contact with them.

Many other European accounts about Brunei and the surrounding areas in the 15th and 16th centuries have been found and analysed decades if not centuries ago. Robert Nicholl published a book entitled European Sources for the History of the Sultanate of Brunei in the Sixteenth Century through the Brunei Museums which contained all that was known ab…
Post a Comment
Read more 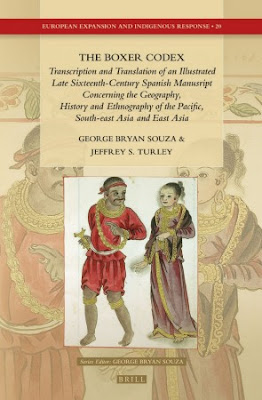 TO students studying history in primary and secondary schools, history can be a very dry subject. To them every fact, every date, and every opinion have already been locked in place. Their task seemed to be to memorise and regurgitate them during examinations.

But history is not like that. Even though it gives the appearance and the impression that everything is already known, it is not so. Below the surface, everything is still moving and in some cases fast flowing. The facts of history can change anytime. Some facts changed through some documents which have only been unearthed recently, or through some artifacts which have just been discovered. There is constant movement in establishing historical facts. 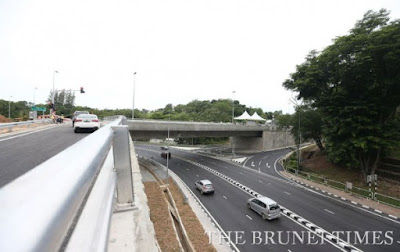 According to the Public Works Department (JKR) at the Ministry of Development (MoD), the flyover is one of the projects under the 10th National Development Plan (RKN 10).

The $20.2 million flyover, which began construction on June 20, 2012, was contracted to Tobishima.

According to JKR, the project is aimed at accommodating the increase in traffic, and at the same time, ensure safety of road users.

The new road development is also aimed to enhance the road networks where motorists are able to have more access. Traffic light systems have also been installed to ensure road safety. 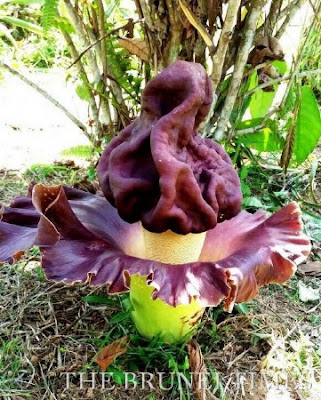 A PECULIAR-LOOKING plant growing naturally on the lawn of a 66-year-old woman in Kg Lumapas was identified by Heart of Borneo Centre Chief Executive as the ‘Amorphpophallus paeoniifoluis’ or stink lily.

“If it grows naturally the plant’s recent discovery would be the first recorded case of it ever growing in the sultanate,” said the chief executive of Brunei HoB Centre Mahmud Hj Mohd Yussof.

The plant, according to information on the ASEAN centre of Biodiversity’s website, is one of two of the largest flowers in the world found native to Borneo Island.

The 66-year-old senior citizen who made the discovery, Murah Namit, initially described her find as “A leafless flower stalk growing directly from the ground” which has started growing progressively since Thursday.

“At first, I thought it was just a wild plant but it started to grow differently after few days. The ‘leaf’ seems leathery and varies in colour. There were times …
1 comment
Read more 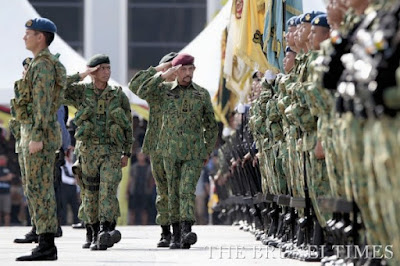 HIS Majesty Sultan Haji Hassanal Bolkiah Mu’izzaddin Waddaulah, the Sultan and Yang Di-Pertuan of Brunei Darussalam, has called for greater multi-agency cooperation in tackling the emergence of transnational security threats.

The Defence Minister and Supreme Commander of the Royal Brunei Armed Forces (RBAF) yesterday said the world is facing a multitude of security challenges across international boundaries.

In a titah at the 55th RBAF anniversary celebration, the monarch said the sultanate is “not exempted from the possibility of encountering” traditional and non-traditional security threats such as terrorism, maritime and cyber security as well as natural disasters.

His Majesty further underscored the need for cooperation not only among security agencies in the country, but also at the international level.

“It is, therefore, imperative to review the procedures and best practices as we…
Post a Comment
Read more
More posts