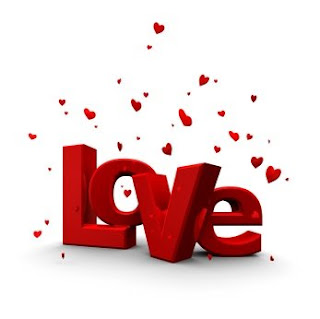 I was watching Ayat-Ayat Cinta last night with my better half. She had wanted to watch it at a cinema but we did not have the time. So we decided to get the DVD and watch it at home. I knew it was a love story and I am not always crazy about love stories but you can get hooked and I did with this one. This is the second of two love movies that I got hooked on.

The other one I got hooked on was "PS I Love You". It was the fourth consecutive movies that I watched while flying from Singapore to Dubai on the way to Iran and I did not finish the movie when the plane landed. That was the first time, I watched a movie until the plane docked. I was sitting in the Business Class and the stewards let me watched the movie until the plane stopped. On the way back to Singapore, I completed it. 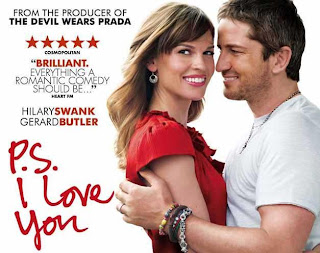 "PS I Love you" is a very modern western movie. It is about a couple, the lady smart and beautiful and married to an impetuous Irishman. The husband was the centre of her life and when he died, the wife was completely devastated. Her husband was so thoughtful that he prepared ahead by writing letters and asking his mother in law to help him by sending the letters at an appropriate moment of her wife's life. The letters helped her to move on and each letter was always signed the same way, PS I Love You. She was able to move on and turn the finality of death into a new beginning of life for herself. Beautiful sceneries. The movie was mostly filmed in Ireland. This movie was based on a book by the same name. 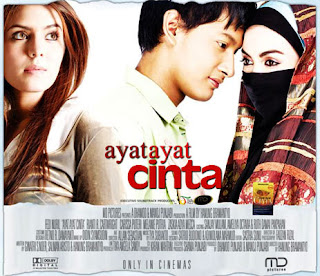 "Ayat-Ayat Cinta" was also based on a book and that is where the similarity ends. It has been described as an Islamic romance movie with political Islam and Indonesian pesantren (sekolah pondok) ideology. Perhaps I am not that astute. I can see the Islamic romance part but I am not sure about the other bits. Anyway it is about a handsome young Indonesian scholar who studied at Al-Azhar University and attracted four beautiful young ladies.

One of them was the daughter of an important Indonesian scholar which the young man turned down. The second was an Egyptian girl whom he regularly helped but later accused him of raping him partly because he turned down her love. The third was a Coptic Christian living next door to him and studying together who saved him from the gallows and later married him. The fourth was a wealthy German-Arab who married him and later helped him to save the Coptic Christian's life (she was in a coma) so that she could testify for him and later helped him marry her. She was sacrificing her marriage so that she could help her husband. For a time both the wives live with him until the other (the Christian, who later converted) died.

Those are my two love movies of the year. So I would suggest you go out there and get either one of them.

Pg Runa said…
My wish is to make a movie out of my love life...it would be much better than the fantasy or worse nightmare for my better half. With the falling in love, the courting, the 3rd party, the midlife crisis, the hormone changes, the kids and many more...perhaps a book might be better because if its in a movie form, it might take 10 hours to complete.
Monday, December 01, 2008 9:38:00 AM