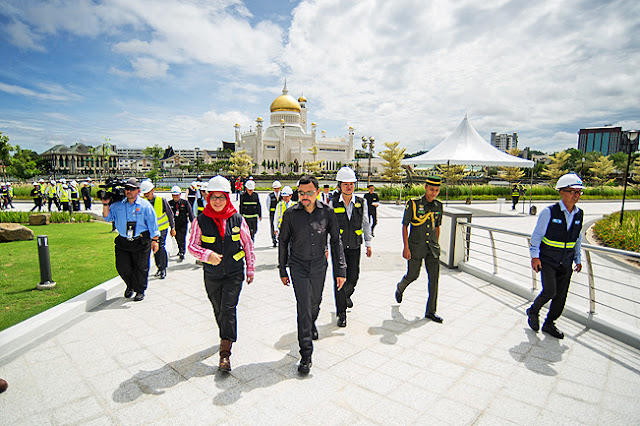 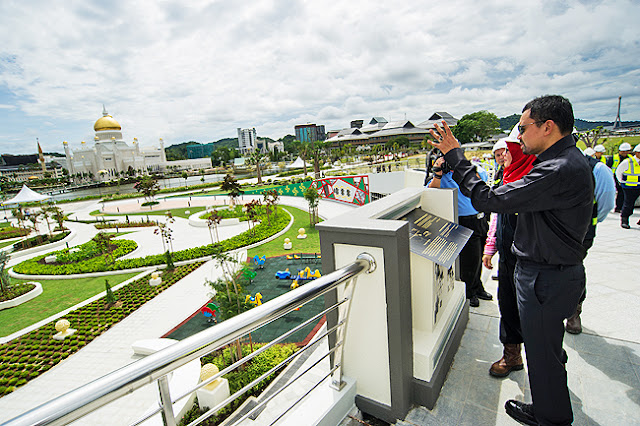 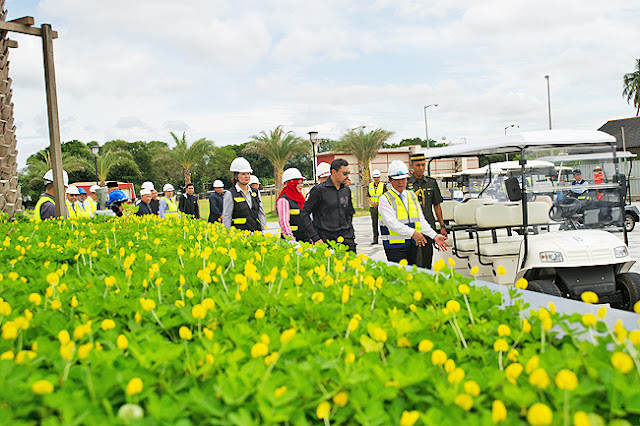 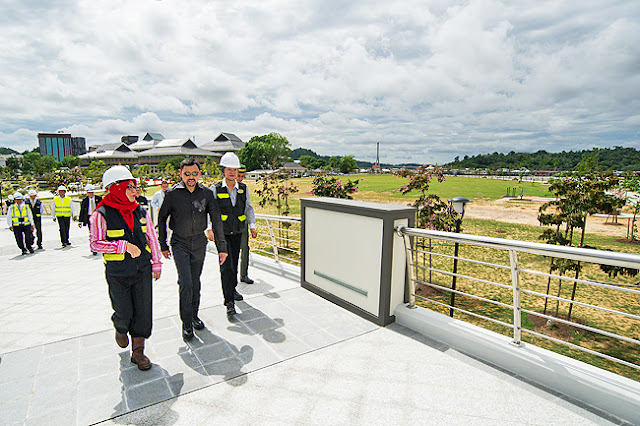 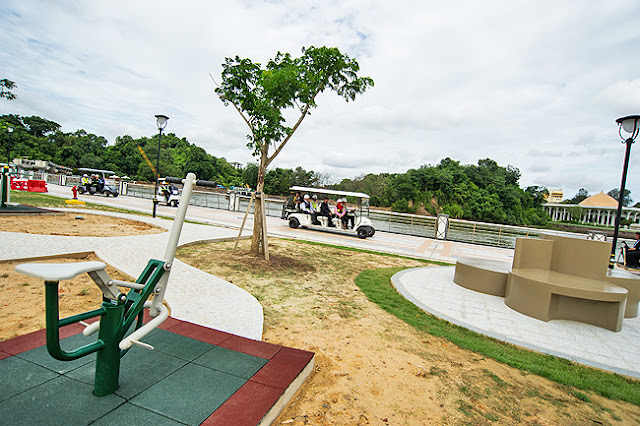 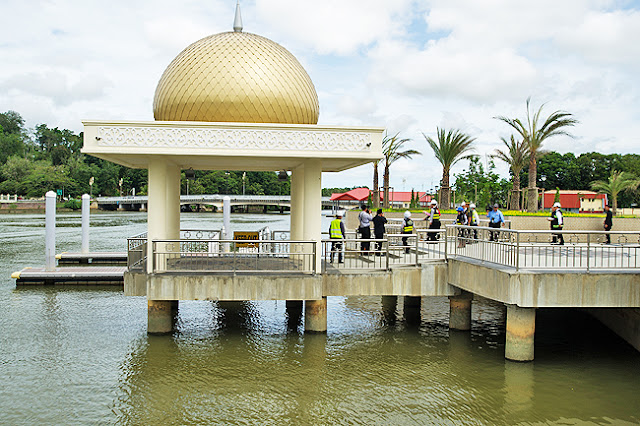 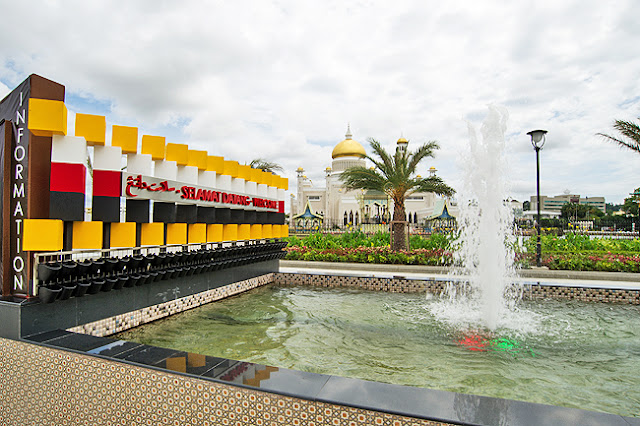 His Royal Highness specifically reviewed preparations of the sites for the launching ceremony of the Eco Corridor Park, Sungai Kedayan and for the Junjung Ziarah ceremony.

His Royal Highness was then ushered to the meeting room at the Yayasan Sultan Haji Hassanal Bolkiah Building for a briefing which began with the recitation of Surah Al-Fatihah and a Doa Selamat read by Ahmad Syafiq bin Haji Osman, Mohamed Bolkiah Mosque Affairs Officer.

After the briefing, His Royal Highness proceeded to the launching site of the Eco Corridor Park, Sungai Kedayan and the site for the Junjung Ziarah ceremony by the four districts.

Upon arrival at the launching site of the Eco Corridor Park, Sungai Kedayan, His Royal Highness was briefed by Haji Mohd Salleh bin Haji Abdul Karim, Acting Assistant Director of Drainage and Sewerage, Public Works Department about the programme that will be conducted during the launching ceremony.

The Eco Corridor site has an area of nine hectares and is part of the 2011 Master Plan Development projects of Bandar Seri Begawan, which is under the Regeneration of Eco Corridor River Banks Project.

Among the objectives of the Eco Corridor are to mitigate flooding in Sungai Kedayan catchment areas; to improve connectivity and promote culture as well as a healthy lifestyle among the public; and to provide a platform for future economic development.

His Royal Highness was then ushered to the site for the Junjung Ziarah ceremony where His Majesty will meet and greet the people from the four districts.

The working visit reflects the concerns of His Royal Highness in ensuring that all events for the celebration will run smoothly and be remembered through the ages.