Brunei Economy 2008 (according to IMF) 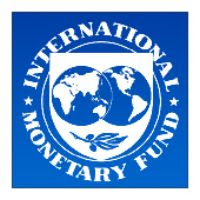 Have you ever had the experience when the ATM spat your card out with the screen flashing "INSUFFICIENT FUNDS". Surprised? Did you forget to top up your account? If you think running out of money is an inconvenience, imagine the same problem on a national or even global scale. Investors, bankers, and government policy-makers all hate these kinds of surprises, too. Without up to date economic data, a local problem in one country can cause trouble for other countries that have financial dealings there.

One of the International Monetary Fund's (IMF) most important jobs is to conduct an annual "checkup" of the economy of all the IMF's member countries. These checkups help uncover issues in a country's economy that other member countries may be unaware of. Sharing accurate, objective information avoids nasty surprises in international trade and monetary exchange.

The annual economic checkup is called the Article IV consultation. The name "Article IV," comes from the IMF's rules that all member countries have agreed to. These rules direct the IMF to keep tabs on economic policies in each member country where a group of IMF staff visit a particular member country and will collect economic data and statistics and meet with various government and banking officials. They will prepare a report for the IMF Executive Directors and also use the information when they discuss the country and offer it advice. If it has an economic problem, it could grow to hurt other countries. IMF also functioned as a lender of last resorts. If a government is bankrupt or unable to pay for its operations, they can turn to the IMF for financial assistance. However IMF will impose many conditions for that loans which may be painful to the countries concerned such as the need for increasing revenues (taxes), reducing expenditures (less subsidies etc). It is better not to be in that position.

The IMF collects among others, these three main data:

The amounts of government tax income and operating expenses, including civil service wages - This can confirm whether the government is allowing its debts to grow too much to be good for the economy.

Interest rates and currency exchange rates - These figures help tell if there is enough money available for investment and whether the country's exports are competitive on the international market.

The IMF Executive Directors upon discussing the report will also advise the country on their current economic policies and policies going forward. These measures can hopefully prevent future economic and financial crises.

The same Article IV mission was here in Brunei Darussalam last January. In fact the IMF missions have been coming almost every year to Brunei Darussalam since we became the 180th member of IMF in 1995, conducting a 'checkup' on our economy and the government finances. One of the least known fact to most Bruneians and in fact to almost most citizens of the various countries in the world is that their country is being checked, inspected and audited.

The Brunei government has to tell IMF everything and the IMF gets data on everything they wanted and if they don't like the data or think the data is suspect, they can get their data elsewhere. The mission produced a confidential staff report telling the government what's wrong and what needs to be done. Even though the report is confidential, a short executive summary called the Public Information Notice (PIN) is always made public.

For 2008, the IMF's document is available here.
and for this year, the IMF also released the statistical index here.

Tough surprisingly, IMF has not been too good about keeping its own management in order. They had to sell their substantive gold hoardings to make sure that IMF itself has sufficient harm for it to operate.........

Sryz said…
I'd recommend to have a look at the documents.

Non-oil and gas sector constitutes roughly about 30-40% of the country's GDP, indicating that we still rely heavily on oil and gas. Not to say that this indicates a bad thing.

As we can see the tide has so for been favourable to us, with the current oil price reaching 180 BND per barrel, bringing a further considerable wealth to the country.

However I do want to mention that Brunei with no personal income tax imposed, a very low inflation, free education, huge amount of money reserves, plus many others, one couldn't help but wonder why the country is progressing slowly in terms of its economy and development compared to, for example Dubai in UAE or Malaysia.

It's out of the scope of my knowledge to identify or explain the reasons. But it is certainly a question that will arise in the minds of our people eventually.

Nevertheless I do believe that as more and more Bruneians begin to open themselves and their minds to the outside world ( and I mean THE WORLD ) and not just be a "katak di bawah tempurung", there will be a definite and significant improvement God-Willing.

We have a rich history that each one of us is, and should be, proud of. Would it not be a great achievement to see our country attaining some level of success once again?

Or are we just going to lie back and wait until there will come days when income tax will start to be imposed on the population; we will have to start to pay (a considerable amount) for our education, rising prices of the basic commodities, etc, few of which we are seeing signs now?
Tuesday, May 27, 2008 6:55:00 AM