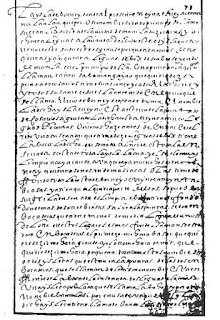 Many aspects of Brunei history is known only through western sources. One of the most important ones is called the Boxer Codex. The Boxer Codex depicted life in Brunei at the end of the 16th century.

The Boxer Codex surprisingly is not English. It was purchased in 1947 by Professsor CR Coxer of Kings College, London University. He bought a collection of manuscripts in Spanish which was previously kept in Lord Ilchester at Holland House London. The purchase was called Boxer Codex.

No other document has been able to talk about Brunei in the late 16th century other than this one. The interesting bit is that no one knows who the writer is. Professor Boxer theorised that it written by Gomex Perez Dasmarinas, Governor of Philippines, then a Spanish colony sometime between 1590-1593 or it could be his son, Luis. Quirino and Garcia theorised it was written by Juan de Ceullar, a soldier who became the secretary and clerk to Governor Perez Dasmarinas. Whover wrote it did a good job. It tells us about the Burnei life then. I will try to relate more from the Boxer Codex in future entries.