Thankful to be in Brunei Darussalam 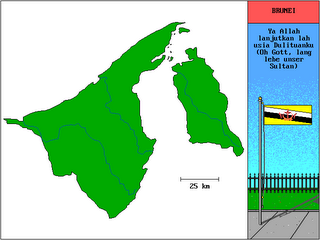 Someone asked me what the government actually subsidises in Brunei. Whoa. Major question that. Apparently this is as a result of two items in His Majesty's speech during the birthday when His Majesty noted the $176 million worth of fuel and gas subsidy and the continuation of government's welfare scheme especially in the areas of medical and health care.

The major subsidies include (in order of my memory and not in order of anything):-

(a) Subsidy in fuel meaning the fuel that you buy for your cars - diesel carries the higher subsidy and slightly lesser subsidies for the other types of fuel (so everytime you drive your 3000cc+ SUV with its superturbo and using diesel like water, think of how much subsidy is in your car);

(c) Subsidy in electricity - two major forms of subsidies here, one is the cheaper than world price for the gas that is pumped and used by the generating power plant as well as the subsidised electricity rates (unchanged for about 40+ years);

(d) Subsidy in water - same thing as electricity, unchanged for some long period of time as well;

(e) Subsidy in rice - both types of rice (the plain and the fragrant) are subsidised - the government buys the rice from Thailand and sells it to the distributors and retailers at about the same price - as well as lots of subsidies to the rice farmers and other farmers in Brunei through land, fertiliser and other things;

(f) Subsidy in sugar - where the government buys and sells cheaply to the consumers;

(g) Subsidy in education - government provides free education up to university level (about $470+ million per year);

(i) Subsidy in housing - the housing that the government built for the resettlement and national housing are all subsidised - the house itself is, the infrastructure that goes with it, the land etc;

(j) Subsidy in day to day living - no personal income taxes or any other taxes and charges levied;

(k) Subsidy in pensions - old age pensions received are completely subsidised as the receivers never put anything in the pension fund to begin with;

and the list can go on. There are many things to be thankful for in Brunei Darussalam.

PS. Check out Brunei's very own cartoonist on cuboiart! I have put up a permanent link on the side of my blogsite. I bought one of his earlier cartoon collection and I am waiting for more to come out. I really wish I can draw like him.

This blogspot is good, really good, I tell you. Check it out.

I have only started reading your blogs recently and I have grown addicted to it...its one of the few things which I look forward to read everyday...

Anyway, a comment for your post...yes, I full-heartedlt agree, we should be thankful to be in Brunei Darussalam...I thought I'd share it with you and other readers.. Back in 1998, I was sent to study International Relations (IR) in UK under the Govt's scolarship. On our very first tutorial, instead of asking us why we wanted to study IR, our tutor decided to ask us the following questions:-

1) Who was our favourite Spice Girls?;
2) Name 1 person whom we want to have a private dinner with and why?

On the latter, while some named people like Michael Owen, Princess Diana and Bono, I said 'I wanted to have dinner with the Sultan of Brunei...and when they asked me why... I said" I wouldnt be here without the generosity of his Government"..Everybody else around the room went quiet after that... -Anonymous215-
Saturday, July 22, 2006 12:46:00 AM

Zul-Fadly said…
Thank You to His Majesty and the Government of His Majesty for his generosity.

Listening to his Birthday Titah I had goosebumps listening to HM mentioning that his Government can still afford to provide free medical benefits and education.

BRUNEI resources said…
german postcard... for non-speaking germangs, it just refered to the name of our national anthem
Saturday, July 22, 2006 11:28:00 AM

p o t a t o said…
When I was on the plane to Brisbane, I talked to this Australian guy, who apparently found Brunei too sleepy to be fun. He was wondering where all the money from the O&G industry went to.

Perhaps, this is also the reason why Brunei is the way it is?

Take away all the subsidies, this is what we might get:

(a) No more cruising around Gadong meaninglessly. (Minyak mahal)

(c) No more 24/7 switched-on air conditioners. More fans. (Just be thankful you're not in Brisbane where the summers can reach 40 degrees!)

(d) Water will be restricted. Filtration of seawater can be really expensive. Brisbane is having water restrcitions even though we live near rivers and it rains every so often.

(f) Less kencing manis? ;). However, as the economists say, sugar is an inelastic good. (A small increase in price won't generate significant changes in purchases). Do they even sell the type of sugar in Brunei, which tastes more or less like the real thing but less carbs?

(g) Education will be provided to those who could really go far. Teachers won't have to deal with those who absolutely refuse to study seriously. *An interesting discussion in itself. Perhaps discriminating, since it is a public good that everyone should have.

(h) People will take care of themselves more carefully.

(i) Subsidy to housing, perhaps should be restricted to some people. I've heard of people who can afford to own their own land, applying for National Housing. (Other people who are in more need lose out)

(j) Income taxes might teach people to control spending. Additionally it might push people to work harder to earn more. And there will be extra income for the government to spend on public goods (e.g. renovation/maintenance to RIPAS hospital)

(k) Pension funds would contribute to a better saving program. Leave some for the future.

But for all the goodness of free market economies, the country will have to pay a price - congestion, crime rates, suicide rates, family conflicts, etc.

Being in Brisbane has made me realise how pampered life is in Brunei. I know this comfortable life won't last long. The black gold is going to run out sooner or later. Better be prepared, right?
Saturday, July 22, 2006 9:46:00 PM

Anonymous said…
I spent 8 yrs living in London, UK.. whilst there.. I learnt how hard and tough it can be out there. The UK govt takes away from 21% to 40% or more of your pay.. the fuel prices are ridiculous.. the parking fees are unheard off.. the education system costs the lifetime income of both parents.. whatever you buy has a 17.5% goods and service tax, you pay license for using a colour TV etc. Italy is even worst.. even having a radio in the car, you would have to pay. Probably why Tax evasion is the number one crime there.

Many here are still unaware of the differences between the real world and our sheltered and protected world here. We get so many benefits and subsidies here. Sure we still have our faults.. but without these faults, we would live in a perfect eutopia. Oil is a finite resource that will soon run out. How long? Only Allah will know. He that is merciful and generous has gifted us with a monarch that is caring and the resources to care for his people. However, The All Mighty will not want us to be complecent. What he giveth, he will take away for every action has its purpose. The rich abundance in natural resources we have been blessed with so far has taught us to be kind and generous people. A far cry from the difference in mindset and mentality of those raised under a different environment. Our sole purpose in life is to learn and experience the different aspects of life from birth to death. What we learn today must be taught to our new generations so they may in turn pass on to the next. The knowledge that we have gained is worth more than all the wealth in the world because it is something more valuable than all the material substances put together in this world.