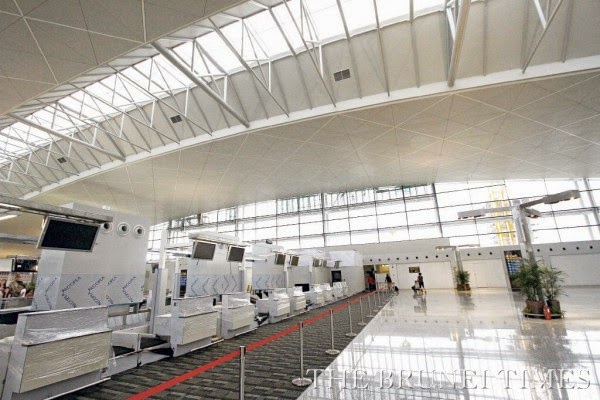 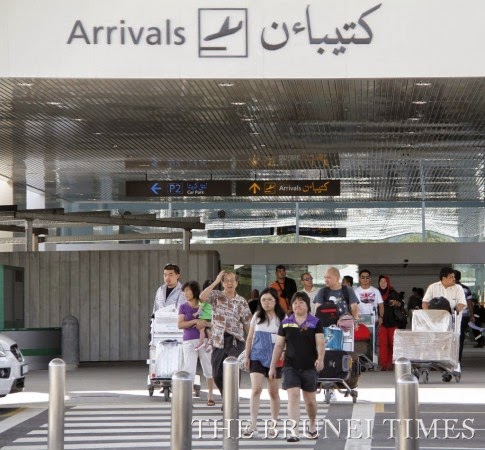 THE Minister of Communications yesterday paid tribute to former and current government officials who contributed to the development of Brunei’s aviation industry.

“We would not have the Brunei International Airport of today if not for the collective efforts made by past and present agencies,” he said.

The minister was speaking at the International Civil Aviation Day 2014 observance at the Royal Brunei Recreation Club in Berakas yesterday.

“The Brunei International Airport’s runway length has now quadrupled to 12,000 feet. The previous runway could only accommodate light aircraft, now it can accommodate the B747 plane,” he said.

On the technical side, the standard of the airfield lighting system has upgraded and an instrument landing system installed.

The Air Traffic Services under the Department of Civil Aviation (DCA) now use the radar control service and since 1984, their services have been running 24 hours a week.

“In the past, most employed in the aviation industry were non-locals but now we can see a good number of Bruneians in the industry,” he said.

These achievements, the minister said, would not have been possible if not for the collective efforts made by those in the past and present.

“The developments did not originate from an individual’s efforts – it’s a collective effort by all the important agencies in the aviation industry,” he said.

The Ministry of Communications (MinComm) also remembered the deeds of former DCA directors and awarded tokens of appreciation.

In an interview, YB Pehin Dato Hj Abdullah said apart from a certain incident, 2014 has been a good year overall for Brunei’s civil aviation especially in terms of how far the airport has developed.

“I remember my aunts and uncles talking about their experiences flying in a plane. I flew in a plane for the first time in Form 1 just to experience it; it roughly cost $15.”

Back then, he said connectivity was not as easy as there were not a lot of direct flights.

The minister added that passengers also had to use the stairs to go from plane to the terminal and now there are aerobridges.

“What’s remarkable about the aviation industry is its vibrant effect. The airport modernisation increases flights and passengers, helps with processing cargo, mail – people now can do bookings online,” he said.

“And it’s not just a place where people go to fly, it’s a civil township – it’s a good place for people to meet and even eat now with the restaurants set up there.”

“InsyaAllah the airport’s annual passenger capacity will be up to three million people in the near future.”