June 01, 2008
If you were to go around the government complex with all the government offices buildings at the Old Airport. You could not have imagine the place 50 years back. Many realised that by calling it the Old Airport, there would have to be an old airport there. Just in case you did not know it, there is indeed an old airport there and the old runaway as well.

The current Printing Department main building is indeed the old airport terminal. And the round top on top of that building was indeed the control tower. The road in front of the SPA, JKR and MOE was indeed the old runaway stretching all the way to what was formerly the place where people learned to drive. The government complex is fairly recent. It was only since 1980s that buildings were built there.

Recently while doing my research on something else, I stumbled upon these two photographs. These are taken when the runaway was still being built in 1953 and 1956. There was nothing there 50 years ago. 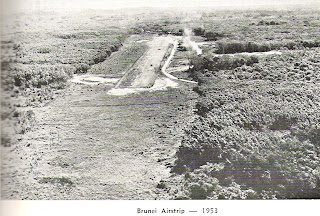 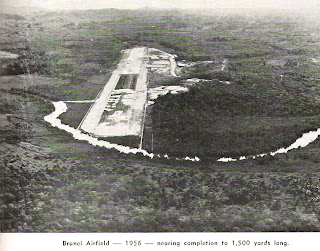