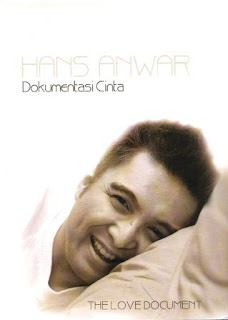 Remember the late Sudirman? He was a lawyer though not many people knew that. Well, we have our own singing lawyer, Hans Anwar, though many Bruneians would know him for his singing and not for his legal practise.

I don't know his legal prowess but I do know his singing prowess. This new CD containing 15 of his newest songs written mostly by him not only shows his singing capability but also his songwriting capability. It also contained the song which he did with a Japanese singer, Yuri Chika 'Treasure the World'. In Malay the song is known as Hargailah Dunia Kita. I loved that song when it came out about a couple of years back and had waited for it to appear in an album

Hans not only had won a number of singing awards but also a couple of songwriting awards as well so it is not surprising that this album showcased his capability in both singing and song writing.

This album is the first if I am not mistaken that Hans Anwar showcased his singing. He had appeared in a number of compilation albums before including that of the 20th SEA Games 1999, Variasi Sukmairama, Phuturephase Presents, Asia AID Brunei and Rentak 914. The songs in this album are interesting and varied but definitely shows off Hans' style. They are worth every single cent of the $12 that I had to pay for it. You should get one too.

Anonymous said…
Hans Anwar is indeed a truly talented artist we Bruneians can be proud of. He is not just a singer, songwriter and a producer, he also manage quite a number of other talented Brunei artist.
Sunday, June 22, 2008 9:09:00 PM