March 08, 2007
Last Sunday, I visited Labi together with my parents. For my father, it was a nostalgic trip. The last time he visited Labi was in the 1960s when he was an Officer at the Belait District Office and for my mother, like me, it was our first ever trip down the Labi Road. We have often passed by the turnoff going into Labi everytime we go to KB or Seria but Sunday was the first time, we deliberately went in there.

My father told us that in the 1960s, there was no road going into Labi. They had to take a boat from Kuala Belait up the Belait River and stop at Bukit Puan and from there use a land rover to go into Labi. The road then too was still sandy. We stopped at Bukit Puan for a while and saw that with the floods, the Police post and the quarters for the policemen stationed there are flooded. They were next to the river and the river during these heavy rain days overflowed the banks. I am not sure how anyone can visit the Police post at Bukit Puan given the conditions. 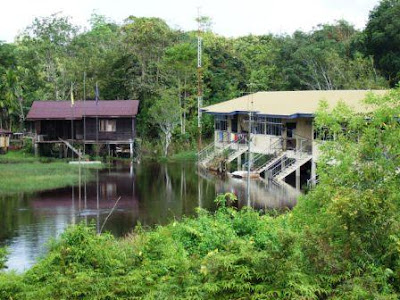 Along the way, we keep seeing road markers which tell us how far Labi is. There was this expectation that once we reached Labi 0 km, we would be in a town or something. 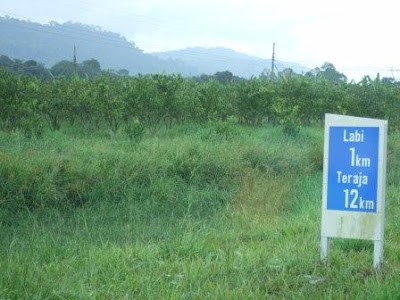 We reached Labi 0 km and guess what? The main road stops there. There was nothing at the end but a jerry bridge continuing to a smaller road going to Rampayoh and Bukit Teraja. My parents decided that we should turn back as our object was to visit Labi and not the area beyond. That would require more time and plus it gave us an excuse to come back to Labi. 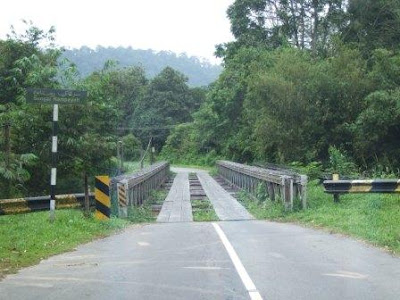 It is towards the end of the road, that the Labi community existed. The area had many trappings of a town. There was a big police station, the PWD offices for roads and water, a couple of schools, a medical clinic, a few shops and quite a number of beautiful houses. It had a mosque and just across the river from the mosque was a Chinese temple with huge joss sticks (Sunday was Chop Goh Mei). It just lacked the critical mass to turn the small community into a proper town. And judging by the number of beautiful big houses, the area did not lack money either. 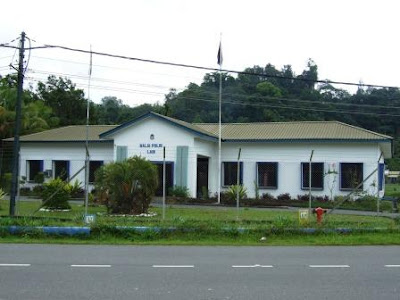 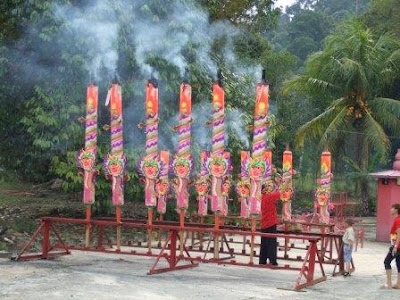 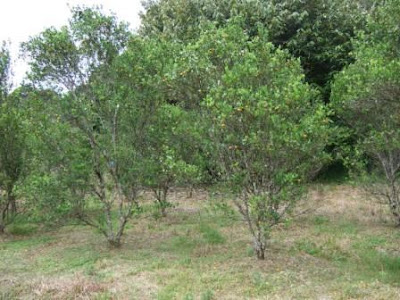 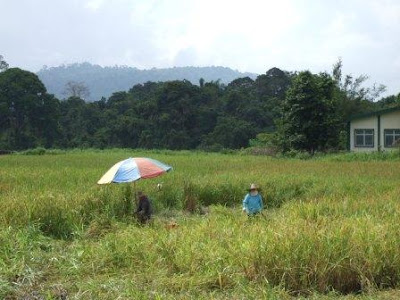 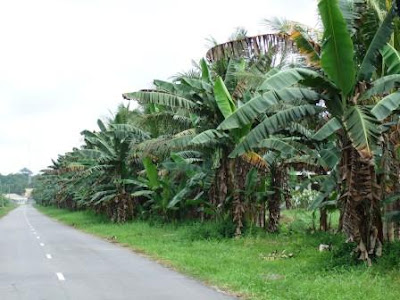 Labi also has its industries. There were a number of sawmills along the way and a bricks factory. Though I wasn't able to get a photograph of the latter. I was attracted to one called the Rezeki Sawmill which sounded very prosperous. 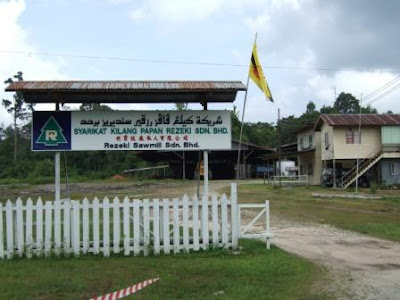 The Labi road is well maintained but with the heavy rains, there were a few places where parts of the road had caved in or had gone down the ravine. It can be a dangerous place at night. But the facilities were modern. There was this interesting bridge at Sungai Patai where the authorities had built a new road around it but left the old bridge intact. 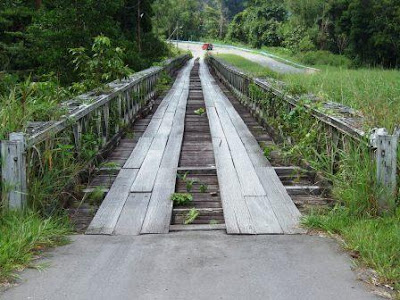 Labi is interesting place to visit. Far and remote enough for most Bruneians to visit that it feels as if one is in a different country altogether. The scenery going up and down the high hills is fantastic and with all the luagans (the small swampy lakes) along the roads and can flood the road with just one slightly heavy rain, one feels that despite the modern bitumen road, it can be quite an adventurous place to visit. Do visit our own country - the country of unexpected treasures. 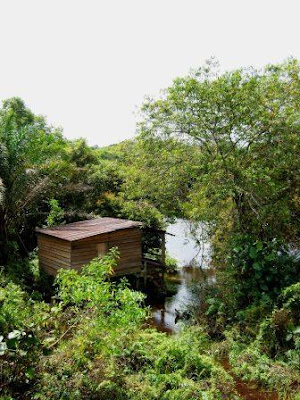 Anonymous said…
Nice photos. My grandparents used to live in Labi and I do remember that bridge. Labi's a mysterious place (I'm sure many people have or have at least heard of a scary wasai story) but there's also some farming going on there done by Hua Ho (i think). I think I also recall seeing longhouses around. Apart from the limau manis (green oranges?), there were also tampoi? (orange mangosteen?), durian, perhaps also starfruit and langsat if I'm not mistaken.

Anonymous said…
I've been to Labi a couple of times and once stopped at Wasai Wong Kadir.

I noticed that despite being remote, they are now eqipped with well structured roads, phone lines, water and electricty. Although when heavy rain comes, we will not be able to access some parts of it.

And I stopped at a couple of longhouses too which now have prepaid electricity supply.

Leong Ming-May said…
I was in Vancouver few days ago to visit my dad , Mr Leong Yat Chor . He told his visiting grandchildren that one of his proudest achievements his early yeas with Shells was to
build a bridge . Could this be the one ?
Sunday, August 02, 2015 1:07:00 AM