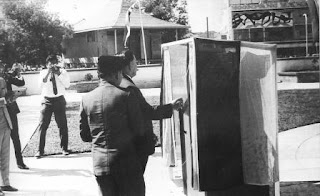 On 21st August 1971, Al-Marhum Sultan Haji Omar Ali Saifuddien Sa'adul Khairi Waddien, then known as Paduka Seri Begawan Sultan graciously consented to unveil a monument to commemorate the renaming of Pekan Brunei or Brunei Town as Bandar Seri Begawan at the Town Padang. That plaque still stands if you visit the padang. (By the way in that photo, you can also make out the old cinema, the Boon Pang in the background - that cinema site is now occupied by the Islamic Bank Building).

The year before that (almost 27 years ago), on 4th October 1970, the then Chief Minister Yang Amat Mulia Pengiran Setia Negara Pengiran Haji Mohd Yussof with the consent of His Majesty Sultan Haji Hassanal Bolkiah Muizzaddin Waddaullah announced that Bandar Brunei (Brunei Town) was to be renamed Bandar Seri Begawan. The name was chosen in honour of Almarhum Sultan Haji Omar Ali Saifuddien Sa'adul Khairi Waddien, the 28th Sultan who used the title Paduka Seri Begawan Sultan when he abdicated in 1967. The historic date commemorated the 3rd anniversary of His Majesty’s abdication.

Until the early 20th century, the residents of Brunei lived on the water. It was only in 1906 that the first British Resident McArthur suggested moving the capital to dry land. In the 1940s, Pekan Brunei was just beginning to develop when World War II broke out. Most of the shop houses including a cinema and a hospital were destroyed during the war. 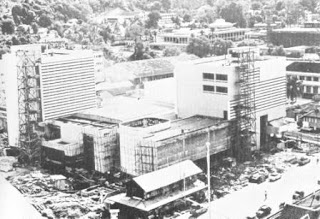 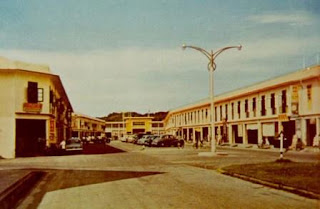 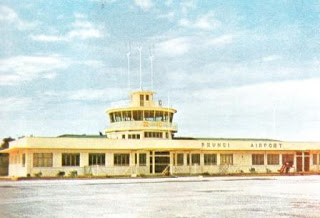 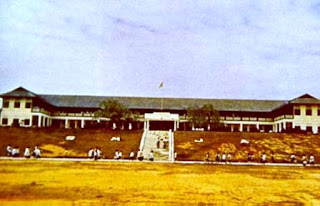 Anonymous said…
Wow! Used to live in Brunei late 60's to 1980. Surprised to see these old photographs, sure brings back memories.

BRUNEI resources said…
Yes. The Old Terminal Building is now being used by the Government Printing Department. I wrote about this a few postings before this one.
Monday, February 12, 2007 4:38:00 AM