February 16, 2007
It took me a while but I finally got it - the elusive photograph of the Winston Churchill statute. It's here. The photo is from the back of the statute but at least for Bruneians who have never seen it, this is what it looks like. The statute was taken down sometime in 1991, almost 15 years ago. If you are aged 20 and below, you would not remember it even if you did see it in those days.

I found an interesting trivia about the Churchill Memorial Building. It was not built on an empty piece of land. It was built on the site of a few houses and one of which belonged to Sheikh Mahmud, the father of Sheikh Azahari, the guy who led the Partai Rakyat Brunei. In fact the house was used as a temporary headquarters for the party way back in the 1950s and very early 1960s.

Another trivia, in front of the houses that were demolished stood two palaces. They were called Istana Sugara (also known as Istana Kaca) and Istana Cermin. One was used as a guest palace. But both have to be demolished to make way for the Lapau. I guess in those days we were never concerned much about keeping these palaces and other historical sites intact. I will write more about these palaces once I got all the information. 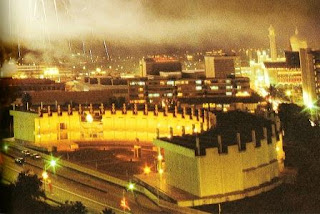 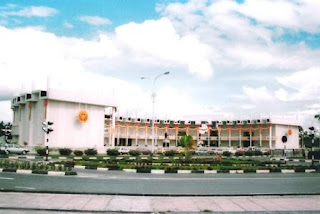 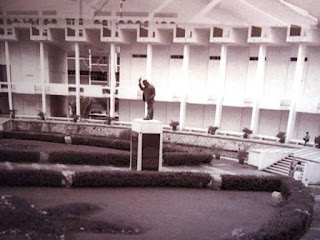 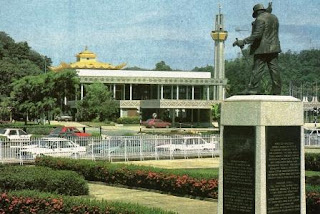 Anonymous said…
I remember my father bringing my brother and I to the Churchill Museum quite often (and to the Brunei Museum too for that matter) and my brother and I used to stand in front of the statue and imitate the v-sign. :-)
Friday, February 16, 2007 11:43:00 AM

Anonymous said…
Been there once wif my sis and friends. I was in form 1. Inda berapa ingat apa yg ada, f not mistaken one section atu ada bnyk aquarium and we were like so excited hehe. sayang ah, we're supposed to preserve those historical places, but it's beyond our control aite.
Friday, February 16, 2007 5:01:00 PM

Anonymous said…
Hi Mr BR:
did you receive my three photos of the Churchill Memorial Museum, posted to you at admin@bruneiresources.com on 8th February?
Saturday, February 17, 2007 2:56:00 PM

Anonymous said…
What I remember the most about Churchill Memorial was the Toy Soldiers and the replica of the bombing of London. Everytime I go there, these are the places of interest. We should have a least make it a torist attraction. No other countries in the world made a Special Memorial on Churchill.
Wednesday, February 21, 2007 1:16:00 PM