After Birth in Brunei Society 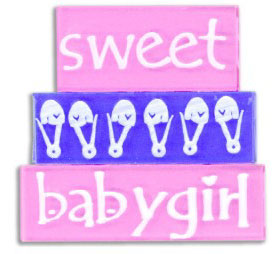 My wife's niece gave birth to a baby girl yesterday afternoon. The baby makes us 9 time granduncle and grandaunty. I was first called nini uncle about 9 or 10 years back so by now I kinda get used to it already. Though for my sister-in-law and my biras, this makes them real grandpa and grandma rather than grandunc and grandaunt.

As usual in Brunei, a visit to the hospital whenever someone is ill or has just given birth etc, to the chagrin of the medical staff sometimes, must be done. So we did that last night. It was a natural birth so the mother looks fine apart from a little tired and the father looks ecstatic. This is always interesting as father's contributions towards the baby being developed and then born can probably be measured in tablespoonfuls if you know what I mean. It is mothers who had to do all the work!

Anway, what was interesting was not so much the birth but the conversation as to what he did with his baby's placenta or afterbirth or what the Brunei Malays called tebuni.

The new dad's mother on receiving the placenta cleaned and prepared it and instructed the new dad to bury it near a mosque. Of course, he chose the biggest mosque in Brunei and proceeded clandestinely to bury it just outside the gate. He told us that was whereabouts his brother buried his children's placentas as well. Okay.... Apparently there seems to be a whole bunch of people burying placentas at the mosque's ground or outside the mosque's grounds. Now I am beginning to worry. I didn't realise there was this new place and given that there are more than 4,000 births a year, that could add up to a sizeable amount, just outside the mosque's gate.

The interesting thing about all this is that there are actually a number of ways which one can dispose of the placentas and burying it near a mosque is one of them. In Brunei society, great care is usually taken of the placenta as it is considered as the child's "younger brother" or "sister". But this is also true in a number of societies and not just Brunei Malays, the critical importance of the placenta in determining pregnancy outcome is acknowledged by its special treatment after birth. By burying it near prominent locations such as mosques, is essentially a symbolic act in recognition of the fact that the placenta was an essential in utero companion of the baby. Numerous medical studies in transgenic mice have shown that placentation is a critical regulator of embryonic and fetal development (last two sentences copied from some website - I am not good enough to write it like that).

On the way home, my better half and I discussed about the myriad ways of how it is disposed. Mine was floated down a river somewhere, I am not sure what that is supposed to symbolise - be a traveller? My wife's family has the tradition of hanging it in a basket and pencils etc are placed in the basket as well, presumably to make the child to be a better scholar. My brother-in-law once joked that in today's modern world we should put a laptop in there instead. Burying it somewhere in the home's ground or under trees etc are also a more common option. Though the more authentic Brunei culture I believed is somehere in the Brunei Museum, if I am not mistaken, there used to be dioramas which showed glimpses of Brunei social traditions including the disposal of placentas in a bayung, a palm-leaf basket which is either hung on a tree or floated downriver.

If you are a parent out there, I would love to hear what you did with yours.
PS. In the comment box, Reeda pointed out that Jewelle wrote an entry about this sometime back. You can link to her entry at http://jewelle.blog.com/1160737.

Anonymous said…
I once heard the importance of the baby's placenta that It cannot be simply dispose or bury anywhere or that if you bury the placenta, make sure its done discreetly? or with cautious..in case "someone" with niat yg jahat may use it to perform something bad on the child.. well, probably that was a myth.

That was a good question, I've never asked my parents what did they do with my placenta. But i know that my baby brother's was buried somewhere 1m deep, somewhere around the house compound. hehe.
Wednesday, November 08, 2006 6:55:00 AM

anakbrunei said…
Very interesting post. All my kids' placentas were buried in the compund of our house as well. Jewelle posted an interesting piece on this as well.
Wednesday, November 08, 2006 8:20:00 AM

Anonymous said…
My placenta I was told now have a huge durian tree growing on top of it and the tree is directly outside my bedroom window now. It took twenty five years before the tree started to bear fruits. Wonder if that has any symbolic regarding me... :-s
Wednesday, November 08, 2006 8:24:00 AM

Anonymous said…
I am still curious about disposing placentas either by burying, hanging or floating them in a river since there is no rights and wrongs in doing this thing! Its based on our own ancestors and surprising we never question them and even if we asked the answer will be the same - follow our ancestors! May be one of these days, I would like to ask an "USTAZ" to explain if there is any 'dalil' or guidelines as to how to dispose placentas....
Wednesday, November 08, 2006 8:31:00 AM

Anonymous said…
Easier choice would certainly be in our compound which I'm sure majority of us would normally do ....

And talking about your 1st bundle of joy ... the lasting experience you'll never forget ... so to the "dad to be" expecting their 1st baby, be there and witness the spectacle, otherwise you'll never appreciate the painful experience the mum has to go thru ...

Anonymous said…
The act of burying placentas WITH THE HOPE of getting some sort of benefits or good fortune, IMHO (In My Humble Opinion), borders on the line of shirik(associating partners with God. Which is a great sin). It all depends on your niat (intentions). So be carefull of your niat in what ever you do.
When people bury things near mosque compounds or some auspicious place, it makes me raise an eyebrow. Like why, whats the point? Why not at the backyard or something. A saddens me when people do it when they dont know the reasons and say what the jahilliah people used to say "We just follow our ancestors!".
Wednesday, November 08, 2006 2:29:00 PM

DocMamau said…
Well, now, u have the option of 'keeping' the placenta for possible future use - as in stem cells conservation.

So, once I have my own child, AND providing i have the money (as it is VERY expensive!) I will definitely consider this.

Met two couples so far through work who's done this. It cost them thousands of dollars, and the arrangements were mighty complicated, i must say.
Wednesday, November 08, 2006 11:27:00 PM

Anonymous said…
For Muslims out there, it is true that tebuni should be buried back to asal kejadian (tanah), no more or no less, for the simple reason that tebuni was created by Allah, dengan rahsia sendiri, as a way to protect the baby inside the womb. By right, tebuni has to be appropriately settled. And also, I second PLANTA's motion, couldn't agree more.
Thursday, November 09, 2006 2:44:00 AM

Anonymous said…
For us kadazans nowadays, we just bury them. In the olden days, I believe its kept to dry (as what my more traditional paternal grandparents did).
Thursday, November 09, 2006 9:21:00 AM

BRUNEI resources said…
Thank you for all the comments. For those concerned about this issue from the Islamic point of view, a colleague of mine (in fact my counterpart at PMO) emailed me the attached email. Among other titles, he was formerly a Kadhi and is unique in holding double first degrees, a BA from Al-Azhar University as well as an LLB from UIA. He was also formerly a Kadhi. I think this opinion is a more or less definitive one. For those searching for a copy of the Mufti's fatwa - there is a 1985 fatwa regarding this matter.

The Ustaz opinion is as follows:-

Anonymous said…
Thank you Mr BR. for putting up the long explaination from your 'Kadhi' friend which really opened up our minds as to what should be done after all these years!
Thursday, November 09, 2006 2:28:00 PM

Anonymous said…
check out this link..

Anonymous said…
I thought they tie them up on mangrove trees along Brunei river near Kota Batu? We went on a boat ride once and the water taxi guy showed us the plastic containers hanging on the trees.
Friday, November 10, 2006 10:09:00 PM