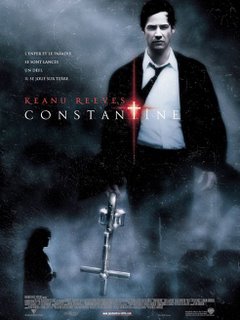 I forgot to mention yesterday when I blogged about HBO's 'Constantine' movie that countries can control what movies are being shown in their own territory even though it is broadcast via satellite. In Brunei, that authority is under the Broadcasting Act and the assigned Director of Broadcasting will tell the local provider that certain movies are not to be shown. So during that time, the local provider can ask HBO for a different movie to be beamed down to one particular locality but the rest of the region can watch the original broadcast.

So when LSM mentioned that in his comments, I forgot to indicate that possibility in my blog. When I used to be the regulator, I would get an advanced copy of the coming month listing of all the programs and their write ups. I remembered at first I used to read the listings myself as I was interested in what programs are coming but the listings and the explanations do come in several volumes, so not long after that, I had to pass that to my junior officers to go through. In 99.9% of the cases, we let them go but there would be the odd one or two programs which for whatever reason do get stopped or Kristal-Astro would do its own censorship.

Entertainment censorship is an interesting issue and there are 2 models even in Brunei. Under the first model - the boards censor everything, there are 2 censor boards operating full time in Brunei. One is the movie and entertainment censors which censor all movies and entertainment in Brunei. Their appointment is made under the Home Affairs. The other one is the television censor board which censors all the television programs including movies which gets shown on television. This operates under RTB and gets appointed by the PM's Office. These are 2 different groups of people, so since censorships are subjective, there exists the possibility of different results.

Another censor is the one I mentioned earlier, specifically for broadcasters like Kristal-Astro. There is no censor board but there is a regulatory unit. The other difference is that this one is supposedly self regulatory by requiring broadcasters to adhere to a legislated Code of Conduct. This is based on the Singapore model. So broadcasters show the movie or program and gets told off or fined if it contravenes the conduct whereas under the censor board models, the broadcasters are not even allowed to show it and therefore gets controlled from the beginning.

The final argument is - do you need a censor? To me the answer to this is very contentious. You can find arguments for both and against without much problem. But before you decide, look at the Americans. Under their constitution, it stated clearly that the US Congress cannot enact any law that can impede freedoms of expression. But they have found it useful to have many laws which restrict many of that so called freedoms. This is especially so under the current administration on their war against terror, what they can restrict gets wider to the point that it makes ours look very tame indeed. You might want to be careful with what you wish for.

Anonymous said…
We appear to think alike, my friend :P Recently I've found myself thinking more about censorship. While I don't condone it, I can't approve of it across the board either.

For me, the issue has become a question of who is doing the censoring. Personally, I am loathe to think that at my age (20++) someone is still subjectively deciding what I can or can't watch on TV, listen on the radio, read in books etc... I think I'm old enough to change channels if I don't like what I see.

Still, it's never that clear cut. While I believe in "self-censorship" or tuning out what I feel is inappropriate for me and for who I am responsible for (e.g. my non-existent children), it could be easily argued that the government is doing the same thing because they are responsible for the people in their country.

Sometimes I can't help but feel that the censorship practiced by the government is a form of self-denial. Back when the "Home Alone" movie was released in the cinemas I remember that the church scene was cut (what, the government is trying to deny the existence of Christianity?) It was a somewhat important scene because that was when Kevin made friends with the snow-shovelling weirdo who would ultimately save him in the end. But since it was cut the movie's ending left me a rather confused 10-year-old.
Tuesday, April 25, 2006 6:47:00 AM

PP said…
Interesting concept. My comment is now 12 years after the original post. Now streaming services like Netflix and Amazon have the power to show any content they want to without restrictions. Are there any laws in Brunei covering this new media?
Wednesday, July 18, 2018 3:25:00 PM