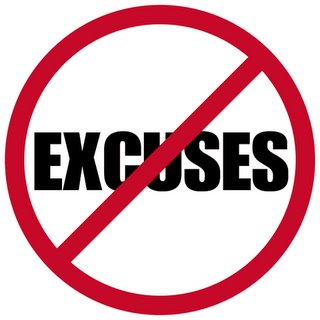 Have you even been in a situation where you so desperately wish something would happen so that you can escape? I know during school days, that would be when the teacher started calling on everyone to answer questions etc and I did not the answers to the questions. I would be so desperate for time and that's when the watch seemed to be slowing down. At that point in time I would really really be praying for a miracle. Of course, nowadays at work too, when you are so under pressure to complete something and you can't and you know the boss will be calling for you anytime.

I once worked for a Deputy Minister who is known for his temper and he assigned a particularly tough piece of project that had to be completed as he had to submit that to the highest authority. I was struggling with it as I have really no idea how to begin, let alone how to complete it. This, they did not teach me in my two masters courses. All I had was scribbles and notes all over the place - in my laptop, my drawers and my many file cabinets. His Secretary called me and said the DM wanted me to bring up the work (I had another week dateline) and I told him to tell the DM that I am still completing it, as afterall I still have another week or so. But to be on the safe side, I decided to compile everything together there and then just in case. True enough, half an hour later, the secretary turned up at my door and said the DM wants to see me immediately and to bring up whatever work I have done, it does not matter how much has been completed. I went up and showed him the half an hour compilation work and he was pleased and guided me further on how he wanted it done. I breathed a sigh of relief and thanked the Al-Mighty for giving me that half an hour!

At a more senior level, excuses are no longer acceptable. If you can't do it, tough, you ought not to be sitting there. I remembered when I was assigned to the palace, when something is assigned to you, you better start thinking of the 100 different ways of achieving it. Only if you have run into any problems that you can't solve, and only then you can turn to your superiors who will ask you why you have not tried xyz ways. So you have to be ready that you have tried not only xyz ways but also a to z ways and it still can't be done, and only then you will be vindicated.

Since my promotion last year, my fellow course mates had been bugging me to 'belanja' (give a treat). I had been so busy that finding a nice quiet evening when everyone is available is not easy. Finally last week, I invited all 17 of them to a reunion dinner at the Empire. I got 16 insya'Allahs (one of them is in KL) that they will come, insya'Allah meaning with God's will. Come the actual night, there was only 7 of them. I am not going to start counting the excuses, ...oops... I mean to say reasons, but at this level, I have to accept them including a few who has to stay and work late night because of His Majesty's visit the next morning to that district. In a way, I was lucky as I only had to pay less than half of what I expected to pay out. So there is a blessing there and nobody can bug me anymore for not 'belanja'.