October 14, 2008
Greetings from Manila! I have two days of meeting representing Brunei for the ASEAN Senior Officials Meeting on Minerals. The Ministerial Meeting will be on Thursday. This meeting is one of the relatively least known meeting, in fact, I only knew about it a couple of months ago when I have to prepare for it. It aims to drawing up regional policies that will promote regional cooperation among ASEAN member nations and develop the ASEAN mineral sector as an engine for economic growth and social progress. Though not much for Brunei, other than sand and gravel and of course oil which is not included in this meeting, we do not mine anything else, yet. 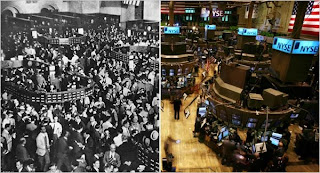 Anyway, for the next few days, my entries will be based from whatever that comes to mind. Yesterday, I overheard something interesting during the Yayasan's Hari Raya celebrations. Someone, a senior person, was asking why bother about the crisis that is engulfing America and the rest of the world. I am not sure whether the question was to open up discussion or whether he genuinely believe that the world is not interconnected. At the same time I think that many Bruneians do not realise the effect of the drop in Dow Jones or the London Stock Exchange and the others, on the Brunei's economy.

Someone explained to him that Brunei is not detached from the world and the simple answer is that if the world is not capable of buying anything due to the recession, then no one will want to buy our oil. Oil price will come down and our revenues will be down. And if our revenues are down, then the government will have great difficulty in meeting spendings for social obligations etc etc. Of course it's more complicated than that. But that's the general picture.

Though as I watched the news this morning, the stock prices seemed to be rising again after promises from a number of governments to guarantee banks deposits. But at the same time, many of these banks are now partly owned by the government because of the government assistance. There seemed to be a return to partial nationalisation of banks in the world. I sincerely pray that the world will not go into recession, seriously.

Regardless of what happened to the world, HM's titah yeterday was about using agriculture to help reduce poverty. Poverty is something unique in Brunei. Our table was discussing about actual poverty and 'forced poverty' or what we called 'memiskinkan diri'. It's quite hard to distinguish the two. Actual poverty to me is those who are unable to move out of the poverty trap. 'Memiskinkan diri' are people who should have known better but either did not want to do the right thing (saving instead of spending) or just deliberately could not care less attitude because the government through its welfare system will come and help them anyway. I end with that open thought.

kingkong said…
The issue of 'memiskinkan diri ' is not only a local issue. Americans have similar problem as well. They have been living on borrowed money using credit cards and bank loans that's why they were having credit crunch at the moment.Just imagine every americans borrowing 5000 us dollars and with a population of about 200 million that will be 1 trillion dollars.
Tuesday, October 14, 2008 3:25:00 PM

View from NY said…
According to a recent article in the Economist, the average household debt in America is equivalent to 140% of its annual income. While the saving rate is around 3%. Apparently, that misalignment between debt and income is enough, over the long term, to cause massive instability in the financial system. Eventually, something's got to give.

Now consider the situation in Brunei where banks race to offer personal loans of up to 30 months' salary i.e. 250% of annual income. And that is before we consider loans for cars, houses, consumer items and credit cards.

So for Bruneians the right lessons have to be drawn.

As for BR's posting, in addition to its effects on the demand and prices (which is down 40% for the year by the way) for oil, I can think of the following:

3) During a credit crisis (such as now) when financial institutions perceive risks to be high(er), they will expect higher returns i.e. expect higher interest rates on lendings, if this spreads to Brunei.

4) During a credit crisis, financial institutions also tend to try to reduce their exposure - so if this spreads to Brunei, expect overdrafts, credit limits and even trade credit to be reduced/cut. This is happenning in America and Europe.

5) Few if any financial institutions are decoupled from the global financial system. Although banks are regulated locally, there are 3 international banks in Brunei. Any crisis that affects one part of a bank will have repercussions throughout the group, although there are implied (and now more and more countries have explicit guarantees) on deposits so deposits should be safe.

6) And lets not forget other, non-bank, financial institutions. We saw that when AIG was rescued by the US Government there were (unfounded) fears about the fate of insurance policies held by subsidiaries such as AIA.

7) Business confidence may be negatively affected both locally and regionally, resulting in less domestic and inward foreign investments.

8) If economic growth slows in the developed world or if there is a global recession, certain goods might become cheaper due to lack of demand and manufacturer's needing to raise cash. However, when demand slows commodity prices (including oil and gas) will probably follow suit.

9) If economic growth drastically slows, the resulting hardship could result in greater regional or international political instability. For example, the Great Depression directly contributed to the rise of extremism which led to World War II (which in the end affected Brunei in a big way)

10) So as long as major economies of the world are busy trying to save themselves from the financial crisis, help will be less forthcoming from the developed world if something really bad happens to the rest of the world in the meantime e.g. Avian flu, food crisis, armed conflict, natural disasters etc. Let's hope Brunei will not be needing any help for the next 5 to 10 years!
Wednesday, October 15, 2008 4:43:00 AM