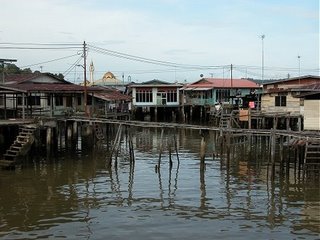 When I blogged about the Brunei Annual Report 1961-1962, I was highlighting the changes in attitude of Bruneians with regard to welfare. The welfare programs were already in place then but the number of people who actually applied for welfare was very minimal, the word used in the report was 'rare'.

Our lifestyle has changed, the easy availability of credit previously was one factor, some have argued about the unrevised civil service salary as another factor (conveniently forgetting that several allowances have been given by the government over the years) and some have argued that living costs have increased that we are more expensive than say Malaysia or Singapore. Unfortunately facts from Mercer and FinFacts in their studies have placed us 113th in the world league in terms of cost of living, just slightly ahead of Malaysia which ranked 117th but miles behind Singapore which ranked 37th. So we are not that expensive. When you consider Malaysians and Singaporeans have to pay income taxes as well as not being provided with comprehensive welfare services and subsidies like we do, I would say that nobody can claim that life has gotten expensive in this country relative to either Malaysia or Singapore. Though I have to admit that some sections of our society has been left behind and we have to help them.

However some focused on the uprising. One commented that the present Brunei School History Book described it. To add to that, there are other scholarly books including Dr Hj Zaini Hj Ahmad's “Pertumbuhan Nasionalisme di Brunei (1939 – 1962)” and Pehin Dato Dr Hj Jamil's “8hb Disember Dalangnya Siapa”. One paper (available on pdf) during the National Day Seminar 2006 focusing on the same subject was Datuk Haji Harun Majid's “The Brunei Rebellion: December 1962”.

For the Brunei history buffs, there are a number of papers that might be of interest arising from the same seminar. One written by Ismail Haji Nordin, a UBD historian, talked about the 1888 Agreement entitled “Perjanjian 1888: Suatu Harapan dan Kekecewaan” where the British focused more on protecting British interest rather than to provide protection as per the provisions of the agreement; and another paper written by Aisyah az-Zahra, also another UBD historian, talked about the British policy towards Brunei whether it is due to the Cold War factor or the Oil factor, in her paper entitled “Pembentukan Dasar British terhadap Brunei selepas Perang Dunia Kedua: Pengaruh dari Perang Dingin atau Faktor Minyak?” There are altogether 18 papers that you can download and read for yourselves. If you are interested in other National Day Seminar papers, you can read the 14 papers of the 2005 National Day Seminar or the 20 papers of the 2004 National Day Seminar which included one very often downloaded paper written by Pehin Dato Hazair, then the Permanent Secretary of the Prime Minister's Office entitled “Politik, Pentadbiran dan Wawasan: Perlaksanaan dan Halatuju”.

Anonymous said…
Can any of these papers be found in English? They sound very interesting but I have to admit, long articles written in standard and scholarly malay will often boggle my mind..
Sunday, June 04, 2006 5:33:00 PM