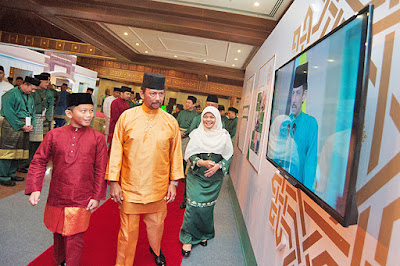 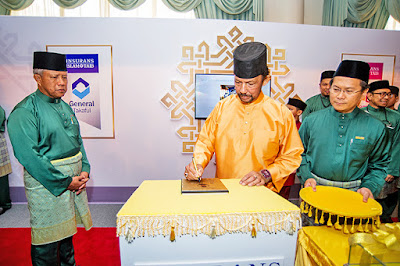 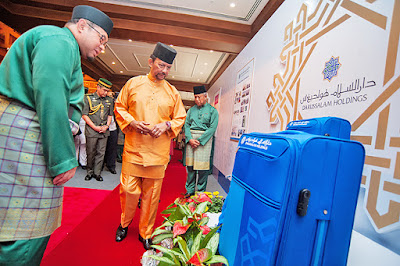 “For instance, among the programmes conducted with the cooperation of various government agencies was the Employees Trust Fund (TAP) which was to manage financing according to Islam. The programme was to make the public aware about financial management according to Syariah for the present and hereafter. These efforts were challenging to Perbadanan TAIB but had to be carried out as a responsibility to fulfil collective obligation or ‘Fardhu Kifayah’,” he said.

From the savings account called Al-Wadiah introduced during its establishment, Perbadanan TAIB promoted the savings culture by introducing various accounts from infant to adulthood to support the culture of savings for the future, he said.

“At the end of December 31, 2016 (before auditing), 202,993 savings accounts were opened. If we compare to the population of Brunei Darussalam which stood at 432,687 people, 46.91 per cent of the total population are account holders of Perbadanan TAIB.”

Meanwhile for Tekad Haji or Haj account, there has been an 11 per cent growth annually (or 977 accounts annually) over the past 17 years. This indicates that efforts of Perbadanan TAIB to nurture the savings habit has been successful, thanks due to the efforts of several branches in the four districts for customers to conveniently carry-out transactions.

The collection of tithe savings has shown an increase with the highest ever recorded being at the end of December 31, 2015 totaling $4.27 million or an increase of 224 per cent compared to 2001 when the tithe saving service was introduced, he said.

The activities conducted since September 29, 2016 include the Tarbiyyah project for underprivileged children registered with MUIB, premier talk and entrepreneurship programme among others.

Meanwhile, as an effort by Perbadanan TAIB for entrepreneurs to develop and contribute towards economic diversification, Perbadanan TAIB is offering financing without profits under the ‘Qardhul Hasan’ concept with a maximum of $25,000 subject to terms and conditions. Such a scheme will assist entrepreneurs to achieve and realise their business target in the next three to five years.

An educational assistance programme for students under the category of Poor and Destitute and registered under MUIB and the Community Development Department (JAPEM) will also be held. Assistance provided will be obtained from the Public Charitable Fund of Perbadanan TAIB. It is aimed to build educational human capacity and to enhance their lifestyle.