The Murder of a British Resident in Brunei 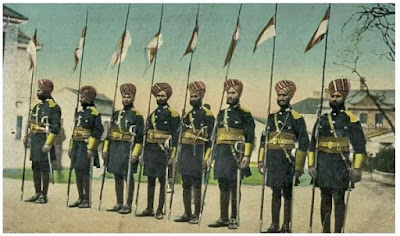 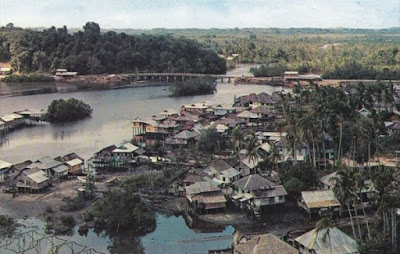 THE citizens of the Straits Settlement Colony in Malaya and Singapore saw this headline on The Singapore Free Press and Mercantile Advertiser on 22 May 1916 ‘Brunei Acting Resident murdered’.

The Singapore newspaper reported and gave a quick summary of his biography as follows:

“News is to hand that Mr Ernest Barton Maundrell, BA (Cantab), acting British Resident, Brunei, was killed on Thursday last by a Bengali or Sikh policeman. Maundrell, who was born on November 9th, 1880, arrived in the Colony in 1903 as a cadet. He passed his final examination in Malay in May, 1905, and was then gazetted as a passed cadet of class five. In August, 1905, he went to Port Dickson as Acting Harbour Master, and acting assistant District Officer.”

“In 1907 he was acting secretary to the Resident, Negri Sembilan, and held that post until December 1909. In March, 1910, he went home of half pay leave, and upon his return was sent to Penang as third magistrate, from thence coming to Singapore as acting third magistrate. In May, 1912, he was acting assistant Colonial Secretary and Clerk of Councils, and in January, 1914, was also temporarily in charge of prisons. He went to his last appointment on February 19, 1915, and in May of last year was promoted to class four of the Civil Service.”

EB Maundrell in fact, was the first Resident to stay in Brunei. Prior to having Maundrell having a permanent appointment in Brunei, all other Residents stayed in Labuan. In fact it was the Assistant Residents who actually ran the government in Brunei.

By the time Maundrell was murdered in 1916, the British had been governing Brunei for 10 years. During those 10 years, the police force in Brunei was basically made up of Sikh and Bengali policemen with an inspector in charge. It will take another five years before the police force was made up of Brunei Malay policemen.

According to Marie-Sybille de Vienne in her book ‘Brunei: From the Age of Commerce to the 21st Century’ (2015), the fortuitous assassination of Resident EB Maundrell by a Sikh Policeman in 1916 resulted in the creation of a Malay police force in 1921 with 39 members.

The newspaper also reported that it was at 10 o’clock on the night of the 18th, that the Sikh sentry on duty at the government office made an unsuccessful attack on a companion. He then attempted to escape. In a daring attempt to arrest the man, at a distance of half a mile from the Government Office, Maundrell was shot. He died instantaneously. The next morning, the murderer surrendered.

The newspaper also reported that the Governor of the Straits Settlement government deeply regretted the untimely loss of the promising office, who exemplified in his death that unhesitating spirit of courageous loyalty and devotion to duty.

It was on August 8, 1916 that The Straits Times of Singapore reported about the trial of Maundrell’s murderer. The headline reads ‘Murder trials at Brunei’ and a smaller headline which reads ‘Death Sentence on Maundrell’s Assailant’.

There were two murder trials which Sir John Bucknill, KC, Chief Justice, presided on July 27 and July 28, 1916. The first was the murder trial of EB Maundrell where Vir Singh was charged. The Chief Justice was accompanied by two assessors in place of a jury, GB Mulligan and Thomas Lewis. Inspector Crummey prosecuted an WF Zehnder was the defence’s counsel. The accused’s defence was that he was insane at the time the act was committed, and therefore was not responsible.

But at the conclusion of the trial, the court was of the unanimous opinion that the accused was guilty and the sentence of death was passed. What was discovered during the trial was that Vir Singh first attempted to murder a companion, who had the most remarkable escape from death. Vir Singh pressed a rifle against his companion’s stomach and pulled the trigger, and luckily for the companion, the result was a misfire. It was then Vir Singh made off pursued by a party headed by Maundrell was killed when the accused turned and fired.

Incidentally, the other murder trial was the death of a Chinese and two Malays were accused of killing him. During the trial it was said that the body was not recovered because it was thrown into a river infested with crocodiles. However because the evidence in this case was a contradictory nature, both Malays were discharged, the court holding that the evidence was not sufficient on which to convict.

The next day, on August 9, 1916, the full court report was reported on The Straits Times headlined ‘First session opened in the state’ and a smaller headline ‘Murder of the Late Maundrell’.

This time the report also included what kind of robe was worn. HH the Sultan of Brunei was represented by the Prime Minister, the Pengiran Bendahara who attended with his suite, two of whom carried swords being emblems of his office. His Lordship wore full judicial robes and preceded by the mace-bearers.

Inspector Crummey as the Chief Police Officer (CPO) opened the case for the prosecution by welcoming the Chief Justice and thanking the High Commissioner for sending the highest judicial authority of the colony. As the prosecutor, he also noted that before the British Court of Justice, the country was without a code of law, the punishment for theft was cutting off a hand but murderers were dealt with lightly and punished by monetary fine. Crummey noted that all this old order of things had changed and the British brought the Penal Code of which Penal Code Section 302 is charged to the accused.

The trial started with the cross examination of the witnesses before the court appointed defence lawyer started his defence. The counsel tried to defend the accused by saying that even though the accused stood guilty of the charge, this was a clear case of ‘running amok’ and as such the accused could not be held criminally liable because of the prisoner’s mind.

Some facts which the defence wanted to take into consideration was that there was no premeditation nor preparation, nor was there any motive. The accused was at that time discharging his duty and without ‘rhyme or reason’ he attempted the life of his comrade. He also blew his whistle. A sane man, argued the counsel, would not have done all that. The counsel also quoted several cases including the murder of Irish journalists.

The court retired soon after the defence closed their case. It took 20 minutes before the court reemerged.

The Chief Justice addressed the accused that he does not think, and the assessors agreed, that he was insane. The Chief Justice considered his actions were not the actions of a madman, he was not running amok as he was not firing indiscriminately but he deliberately fired two shots at Maundrell who was giving him words of good advice and also at the Sergeant for advising him. Therefore there was no excuse and the Chief Justice found him guilty and he was sentenced to death.