Keeping The Satay Tradition in Brunei 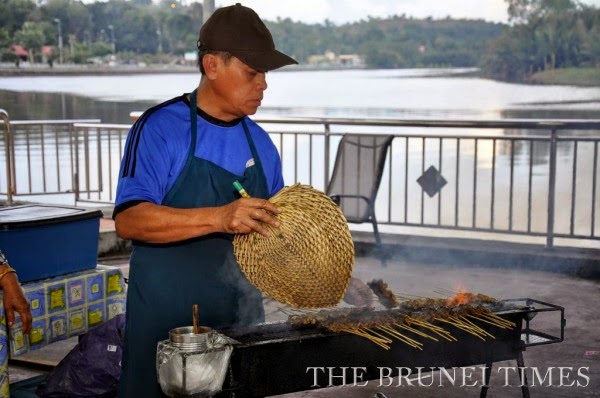 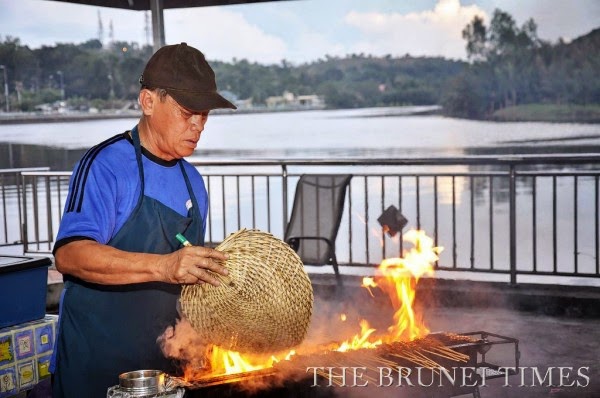 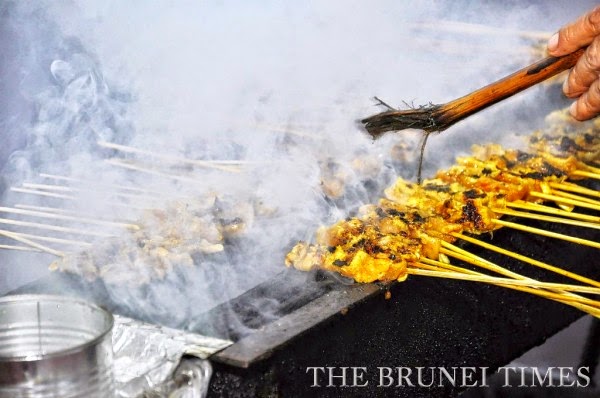 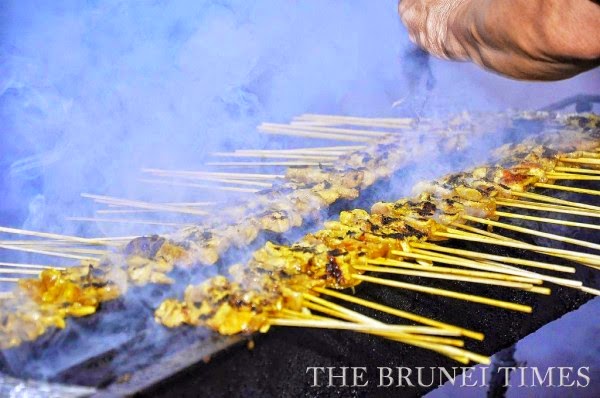 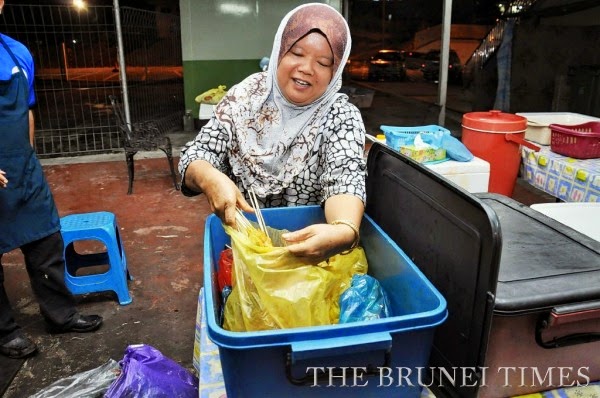 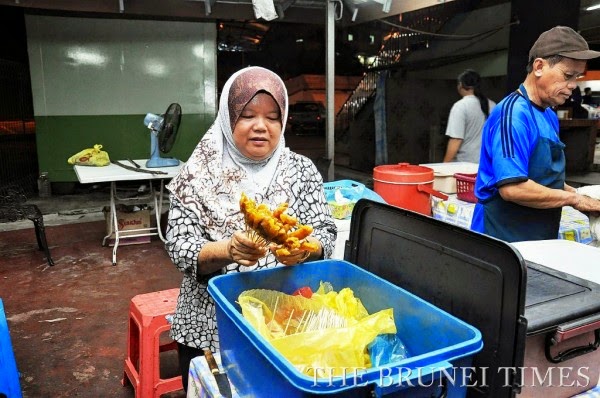 THE fragrant smell was distinct to that of sizzling meat and charcoal smoke as Hj Zaini Hj Jahiri, a 64-year-old man, deftly fans the stove while keeping a keen eye on the doneness of the skewered meat arranged on the grill at the Tutong Town wet market.

Hj Zaini comes from a line of purveyors of satay and the accompanying condiments which started with his grandfather who was a Dusun that hailed from Kampung Bakiau in Lamunin, Tutong.

His grandfather started selling satay since his youth, taking the business with him everywhere he went, before settling at Subok in Bandar. He worked as a secretary in a logging company while perfecting his satay and peanut sauce recipes, and selling his creations.

It was there that Hj Zaini’s father and mother, along with their siblings, learned how to prepare and cook satay as they grew up.

“Everyone in my dad’s family — my aunts and uncles — are satay makers. They learned the craft from my grandfather and they passed it on,” said Hj Zaini with a smile.

The elderly man then said that his father, Jahiri, moved to Kuala Belait after the Japanese occupation of Brunei, and stayed there to sell his food while working with the government.

“I was born in Belait and for as long as I remembered, my father always sold satay,” said the man. He went on to say that he and his siblings all helped out with the business.

“I’ve been doing this since I was 11 or 12 years old. Back then, if you laze around the house or don’t do your chores, you don’t get to eat,” he smiled ruefully.

He said that this house rule was not imposed out of cruelty but to impart an important life lesson: “If you don’t work then you don’t get to eat.” Hj Zaini and his siblings took the lesson to heart, along with a love of making and serving the skewered meats.

Now that he’s 64 years old, Hj Zaini has been in the business, with the help of his wife and children, for half a century daily non-stop, with the exception of events such as marriages or deaths.

He did this while holding a day job as a supervisor with Brunei Shell Petroleum Sdn Bhd and as a manager for HHRM Company, a catering service until he retired a little more than seven years ago.

“My wife usually holds the fort whenever I get too busy with work, preparing and cooking the satay and keeping the business going,” he explained.

Everyday, the family receives a delivery of meat from their supplier, a decades-old arrangement, where his wife and children, if they were available, would prepare the meat. Care is taken when removing the bones and making sure that the meat were the proper sizes and are tender.

Here, his wife, 62-year-old Hjh Lenny Abdullah, interjected. “For the beef, we don’t use just any parts of it. It has to be either premium or choice cuts because any other cuts would be tough and hard to bite into.”

As the one that prepares and seasons the meat, Hjh Lenny added that for 30 to 40 kilograms of meat, cutting the meat can take two to three hours if done alone. This happens more often lately as most of his children have families of their own and venturing into their own satay business as well, and his youngest daughter is busy with school and only able to help during holidays.

After preparing the meat, the beef is then marinated in a sealed tub outside while the chicken is marinated in the freezer. Here, the couple became quite secretive about the proportions of the ingredients other than saying that the marinade is made out of cumin, anise, turmeric, coriander, salt, sugar, curry powder and some other ingredients which are a family secret.

“I hope you don’t mind because my grandfather has expressly forbid us from disclosing the whole ingredients as well as letting people see the preparation process,” said Hj Zaini, while his wife nodded in agreement.

“However, I can say that the most essential ingredient to the preparation of the food is time,” said Hjh Lenny. She added that the meats are marinated for at least 24 hours to make sure the taste of the marinade soaks within the meat and makes the meat more tender.

“Honestly, no matter how good the ingredients are, without enough time to let the taste properly soak in, the satay will never taste good,” said Hjh Lenny.

After marinating, the couple will then skewer the meat. Using their decades of experience to gauge the demand, the couple will prepare 1,000 to 2,000 sticks of meat daily. However, this amount does not include orders and reservations.

“We usually go home and continue cutting, preparing, skewering the meat till late at night, just to meet the demand,” said Hj Zaini. His wife added that their orders go through the roof during the Raya festivities, adding that 20,000 sticks per day is normal.

“We usually don’t get any sleep during that time,” Hjh Lenny said with a laugh while her husband just shakes his head with a grin.

Hj Zaini remarked that they are passing the skills and knowledge along to their children, saying that the business is a family legacy and inheritance. The business does not make a lot of profit, especially as prices of the raw materials have gone up recently, but it makes enough money to pay for everything with some extra for savings.

“Satay making and selling is not easy. It takes a lot of patience and perseverance to be successful. It’s also hard work for not much money,” said Hj Zainin, adding that while they would never be rich making and selling satay, it is good and honest work and it pays the bills.

Hjh Lenny added that while they’ve never thought of quitting because not only does the business pay for their bills, they also have a lot of regulars who would be sad if they were to close shop.

“We have regulars that have been with us for years, if not decades,” said Hj Lenny. “If we quit now, they’ll come looking.”

The couple said that they’ll continue on making their satay until they are physically unable to do so. Then, it’ll be their children who will continue on the business with the hope that the trade and the recipe stays within their family.