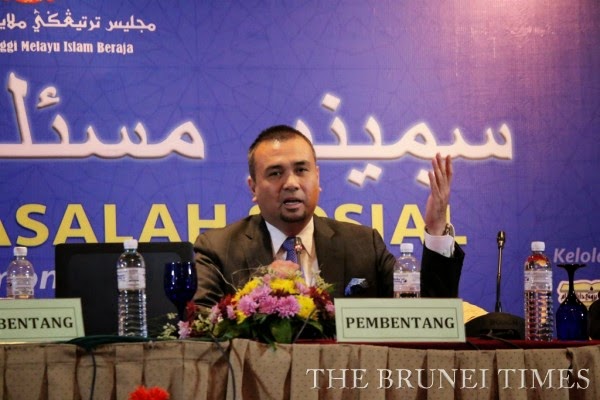 BRUNEI needs to share the secret to its success as a “functional modern Muslim state” as part of ASEAN’s counter-terrorism strategy, said a lecturer from Malaysia’s National Defence University.

“Brunei has a lot of success stories. You need to share it with the rest of the world,” he said at the Social Issues Seminar organised by the Malay Muslim Monarchy Supreme Council.

Commending the nation’s dual education system, he said the combination of religious knowledge and mainstream subjects is “remarkable” as it has resulted in “people who are progressive, (leading to) a functional modern Muslim state”.

He explained “a good Muslim education system” is needed to stamp out extremism in ASEAN countries with a Muslim majority.

Although there is no known ISIS activity in Brunei, he said the country has been identified as a transit point used by militant recruits to evade detection on their journey to Syria.

He stressed the need to enhance regional cooperation in the fight against terrorism, pointing out that ASEAN should focus its efforts on intelligence sharing and joint investigations, as well as utilising extraditions or arrest warrants.

The lecturer said they should also employ a comprehensive counter-terrorism strategy and empower its Chiefs of ASEAN Police (ASEANAPOL) framework.

“Despite the ASEAN framework, a lot of cooperation in the fight against terrorism is at the bilateral level. However, the problem with ASEAN is that there is no tangible plan of action,” he said, describing IS as the regional bloc’s biggest terror threat.

The Social Issues Seminar took place at the Centrepoint Hotel, Gadong, on Wednesday and Thursday.