April 05, 2010
[I wrote the following article for publication in my Golden Legacy column on The Brunei Times, 5th April 2010. I did not write any article during my trip to England and Brazil over the last two weeks before this.] 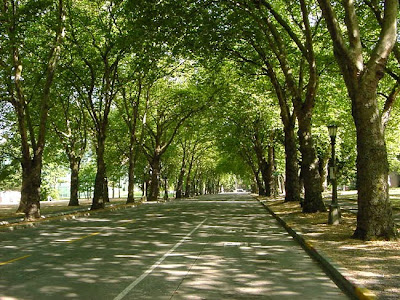 In Brunei, any toponym hobbyists would have plenty to do. Toponymists are people who study place names. According to Wikipedia, toponymy is the scientific study of place names (toponyms), their origins, meanings, use and typology. The word ‘toponymy’ is derived from the Greek words tópos (τόπος) (which means ‘place’) and ónoma (ὄνομα) (which means ‘name’). Toponymy is itself a branch of onomastics, the study of names of all kinds.

In Brunei, the origins of the place name are often shrouded in the mists of times. Even the name of the country has many origins. The one famous legend passed down the generations through Syair Awang Semaun (Awang Semaun Epic Poem) about how the exclamation ‘Baru Nah’ upon discovering the Brunei River to be used as a new settlement for their families which later became ‘Brunei’ is not the only tale about the origin of Brunei.

Like it or not, place names provide the most useful geographical reference system that can be used anywhere in the world. A toponymist should not only rely on maps and local histories, but should also interview local residents to determine names with established local usage. This is where the historians of the Brunei History Centre have done their best in publishing their findings in Pusaka, a publication of the Brunei History Centre about the origins of place names in Brunei.

The historians have applied the exact application of a toponym, its specific language, its pronunciation, and its origins and meaning. Many of us readers have found that those toponyms provide valuable insight into the historical geography of a Brunei village or ward.

From the many origins of place names on the dry land of Brunei, surprisingly, trees play especially important roles when it comes to being chosen as place names in Brunei Darussalam. Some are not so obvious whereas some would be as obvious as the sun during noon.

Among the tree names are Mentiri, Tanjung Nangka, Pulaie, Tanah Jambu, Kapok and Madang. Nangka and Jambu are fruit trees whereas the others are named after obscure and unusual trees.

These trees are often big or huge or some gigantic proportions such as a huge tall tree. That tall tree can be seen for miles and is often a single lone tree that also became a geographic marker for the residents to use in identifying and locating the places that they were staying in. Remember too, in those days, there was no central street with proper house numbers or simpang numbers as used in Brunei currently.

Tanjung Nangka is most unusual in Brunei village names. As usual, the villages in Brunei either have a few names for it in the past or the village itself has many place names and one got chosen to be the name of the village. According to sources, Kampong Tanjung Nangka has three previous names, none of which survived. Most importantly all three names were tree related.

The first of the three old names of Kampong Tanjung Nangka is Kampong Temiang. Temiang is the Brunei word for one of the bamboo species of which a lot of that bamboo grew in the village previously.

Another name was Kampong Kayu Tinggi which is derived from an extraordinary tall tree around the area (kayu tinggi means high wood). The bark of the tree is said to be coloured red, green and black and of course, no one knows the identity of the tree.

The last name is Kampong Binjai Kumit. Binjai is the name of a local fruit, the same family as the mango. In this case, the Binjai tree belonged to a man named Kumit. Again the tree was said to be extraordinary - its fruits nicer, its size bigger and the tree taller than the usual binjai trees.

The final name Kampung Tanjung Nangka was derived from a Nangka (jackfruit) tree found in the area. Again the tree was said to be much bigger than the usual Nangka Tree (it was said that the girth was twice a man’s hug), the fruits much bigger and described to be as big as the Chinese salted eggs vase and can weigh as much as 50 katis (30 kg).

The tree became so famous that many people around the outlying area came to see it. It was said that a few people got attracted to it and decided to stay there in the hope that the area might be lucky for them.

For a Brunei place name, the tree could also be magical. It is said that the name of Kampong Mentiri is derived from an old tall tree. According to the older folks in the village, the trunk’s girth was so massive that it took six adults holding hands to reach around the tree. This tree was unique and said to have magical powers. It has to be said, however, that nobody today can identify this tree. A number of elder villagers stated that it used to be located at where the roundabout is now.

One or two of the place names in Brunei would be ‘tree related’. This includes the Menunggol, a village in the Kota Batu Ward (Mukim). Menunggol, it is said come from the word stumps of trees called ‘tunggul’ in Brunei. Kampong Menunggol was named after tree stumps though no one would really know where.

Toponyms, the study of place names especially in Brunei can be an interesting hobby after all.

Anonymous said…
A UBD student informed that there was a research done to study where the name SINARUBAI originated from. The research found that SINARUBAI means sinar matahari or sunshine or sunrays. It was said that UBAI means sun in Brunei language.Sinar as everyone may know means shine or rays.
Thursday, April 15, 2010 8:07:00 AM