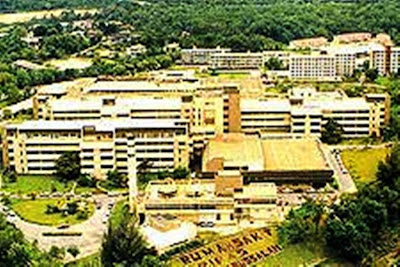 I have been going back to RIPAS Hospital lately. I was supposed to undergo this minor operation ... let me digress ... I am always worried when doctors say minor and it involves cutting me up, since when is that minor ... anyway, I am supposed to go for this minor procedure and the doctor said I cannot have it done until I sort out my coughs.

In February, I had this really crazy non stop coughs. You know the kind that make you feel as if you want to rip your throat out. Anyway couple with my asthma, that cough was really bad. The worse was during the key presentation ceremony at Lumut. I could suppress my coughs during the key presentation ceremony while handing the keys over to the Minister and then to His Majesty. Unfortunately during the luncheon, I had a coughing fit and it was really difficult to suppress and I was just two seats away from His Majesty. That was the worse.

Anyway, I was referred to this specialist clinic called DORM. No, it's not short for dormitory but actually stood for Division of Respiratory Medicine. I have no idea why it is not called a clinic just like the other phy clinics. Is there a doctor in the house?

I was referred to this clinic and I was given a young local lady doctor Dr Izah. I was at first apprehensive but was later impressed with her professionalism. I have been going to JPMC a lot, maybe I should start visiting RIPAS more. She ordered a battery of tests including going for an ECHO test.

So I went to the Cardiology Department (by the way, why is this not called a Cardiology Clinic?) to have my ECHO done. ECHO is actually echocardiogram and it examines the heart using some sort of ultrasound. I went there and was asked to take my shirt off and lie on this bed. Then came three lady medical technicicans, one of whom knows me very well as I used to be a patient there before going off to JPMC.

There I was, with my top half gone, with three ladies. Anyway, she told me to move a bit, so I did, and then she sat down next to me. I thought that was interesting. Arent't these people suppose to have their own chairs or something? Then one of the other two young ladies also decided to sit down next to her on the bed. I would have seen the funny side of it but then I was a bit nervous what the echo test will show. She then held out this echo thingy with gel and started to place that on my chest and I can see my heart beating on the screen. Wow!

The end result was that I was told there is nothing wrong with my heart, it is pumping well. Thank the Al-Mighty for that. But. This is the part that scares me. The blood vessels are enlarged, this is due to my hypertension. So I have to watch out for that.

When I was leaving, one of the other technicians called out to me saying that I needed to have an ECG done as well. So I came back in, took off my shirt again and have all the electrodes fitted and a piece of paper came out. I was shaking my head. I have these two tests done and I did not pay a single cent for it. Amazing. If my doctor at JPMC orders a battery of tests, I start to look through my wallet and see which credit card is best suited to pay for it. But here at RIPAS, nothing.

What's my point? We have wonderful local doctors and free fantastic medical services. Appreciate them...

Rozi said…
That's true, when I got pregnant, was comparing stories with a friend from singapore, and she was so shocked that I didn't have to pay a single thing with prenatal services where as she had to shell out 10k and that was before baby came out.

Anonymous said…
Interesting medical care anecdote, BRo! I ECHOed your sentiments since I've been there, done that, too. In fact not only RIPAS but Ong Sum Ping Medical Centre & the Suri Seri Begawan Hospital in Kuala Belait, too, to name but a couple of great examples of the good professional attitude of our very own medical practitioners plus exemplary foreign doctors. Sometimes, I pun malu kan ambil ubatku (haven't collected my Hypertension medication for a week now!). Uh oh! I'm gonna get a real scolding from the doc & nurses! :P
Saturday, April 10, 2010 8:57:00 PM