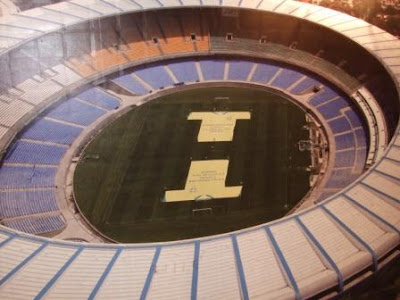 One of the sights of Rio that nobody wants to miss is the home shrine of the famous Brazil National Football team which is the Meracana Stadium. The stadium has a much longer name. It is actually called the Estádio Jornalista Mário Filho but shortened to Estádio do Maracanã ("Maracanã Stadium"). 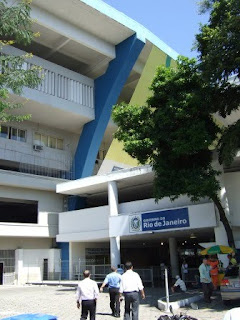 The stadium is owned by the Rio de Janeiro State Government and it is named after the Maracanã neighbourhood in Rio de Janeiro. It was opened in 1950 to host the FIFA World Cup.

Since then, it has mainly been used for football matches between the major football clubs in Rio de Janeiro, including Botafogo, Flamengo, Fluminense and Vasco da Gama. Although the paid attendance at the final game of the 1950 FIFA World Cup was 199,854, the stadium currently seats only 82,238 spectators. Despite that it is the largest stadium in South America.

It is due to host the World Cup Final in the 2014 World Cup, becoming the second stadium to host football's most important match twice after the Estadio Azteca in Mexico City.

The Stadium also housed a museum and a gallery of sorts. The first thing when you arrived at the stadium is this: 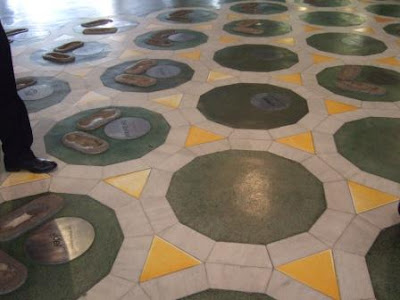 Feet and hands casted from the famous Brazil football players. 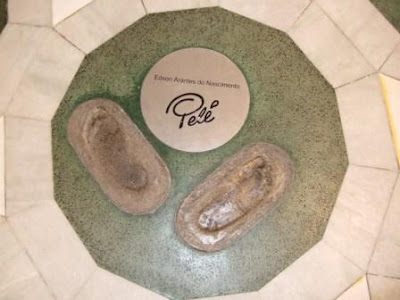 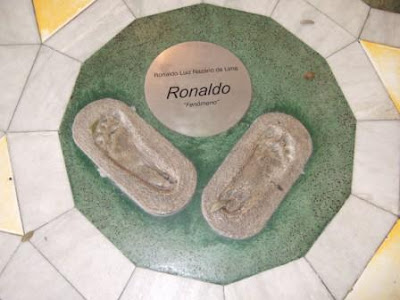 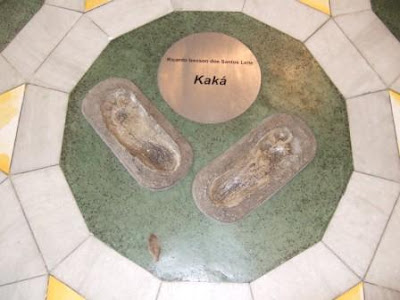 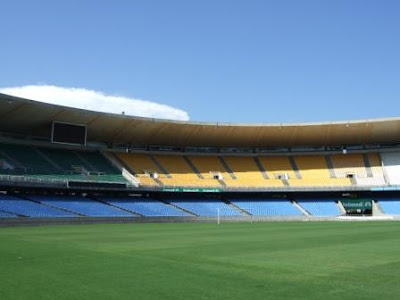 You can also visit the field of the stadium. 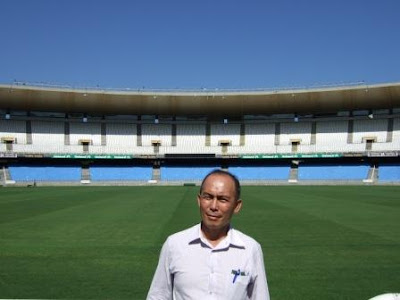 And take photo of yourself standing on the coveted ground of the Meracana Stadium just like our Commissioner of Town and Country Planning. 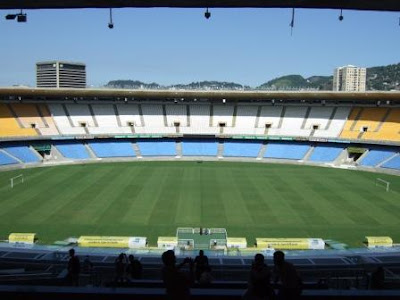 You can also go up to the stadium. The stadium does not look as large in real life. I guess in the 1950s, people were standing up and that's why almost 200,000 were in here. Now with an all seating capacity, it is only about 80,000 which is still larger than our own stadium.

The souvenir shop sell many things all relatled to Brazil and the other four football teams using the Meracana Stadium. Though the original Brazil football jersey (R$195) and short (R$95) do set you a fair bit if you want one. But the most interesting was that in Brazil, almost everyone wears the famous green and yellow including the ice cream vendor: 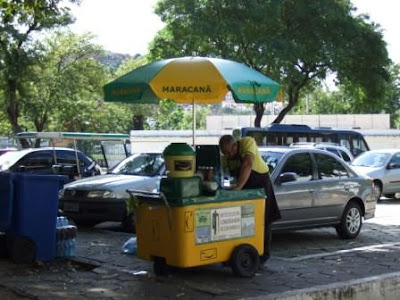 salma hayek said…
Earning money online never been this easy and transparent. You would find great tips on how to make that dream amount every month. So go ahead and click here for more details and open floodgates to your online income. All the best.
Tuesday, August 17, 2010 5:01:00 PM