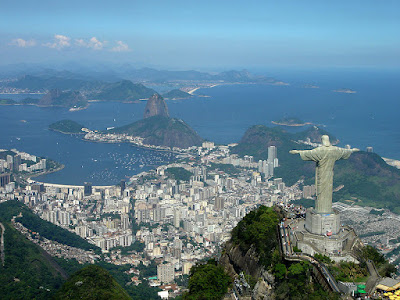 By the time you read this, I would hopefully be on the Air France flight from Rio to Paris. The flight coming in was not comfortable and I am dreading the flight back. But it was the only flight available to us. The other one I wanted to use was British Airways to London but the strikes forced us to use the alternative Air France flight. It is a 12 hour flight non stop.

After that a three hour layover at Paris CDG Airport before connecting with the Singapore Airlines to Singapore. That's an A380, so not much complain there other than it is also another 12 hours non stop. It will arrive on Monday morning and I will be waiting 3 hours in Singapore before catching the RBA flight back to Brunei. That's about 27 hours total on three different aeroplanes and nine hours waiting time at four different airports. Something not to look forward to! 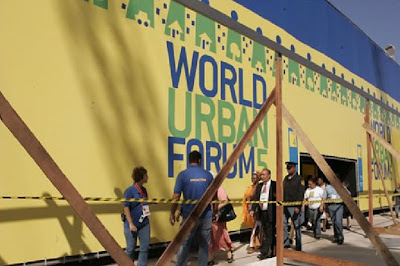 Yesterday was our last day and it was the closing ceremony. The Fifth Session of the World Urban Forum drew to a close in Rio de Janeiro with all the speakers hailing it as the most successful one. Including the 4 of us from Brunei, more than 13,718 participants from 150 countries around the world attended the Session. The American Secretary of State Mrs. Hilary Clinton (televised) was full of praises for the Forum saying it was a unique venue where people from different backgrounds shared ideas on how to cope with the challenges of urbanization. 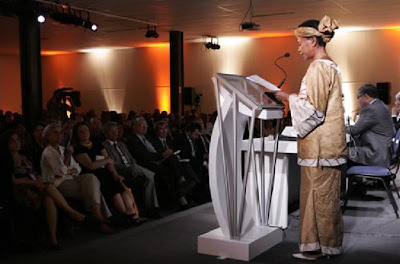 In her closing and farewell speech, UN-HABITAT Executive Director Mrs. Anna Tibaijuka also challenged us to think long and hard on the kind of future we wanted to leave behind for the generations to come. Mrs Tibaijuka was appointed by Mr Kofi Annan, the previous UN Sec-Gen and had outlasted him as well.

In his address, Brazil’s Minister for Cities Mr. Marcio Fortes said the success of the meeting could be gauged in the fact that most of the time, the meeting rooms were turning away some participants because of being fully packed. My argument is that the rooms were not big enough and they seriously underestimated the number of people attending!

We learned a lot of things both in terms of policies and implementation issues with regard to housing and planning especially the latest thinking and the best practises highlighted by the speakers and during roundtable discussions during the forum. The challenge would be how to implement the same thing back home in Brunei. On a personal note, I was introduced to the writings of Henry George, the 19th century American economist and would be studying more about him and the Georgism philosophy and economic theory.

Anyway, the Sixth World Urban Forum in 2012 will be in Bahrain. That luckily enough does not require 27 hours flight time and nine hours at four different airports.