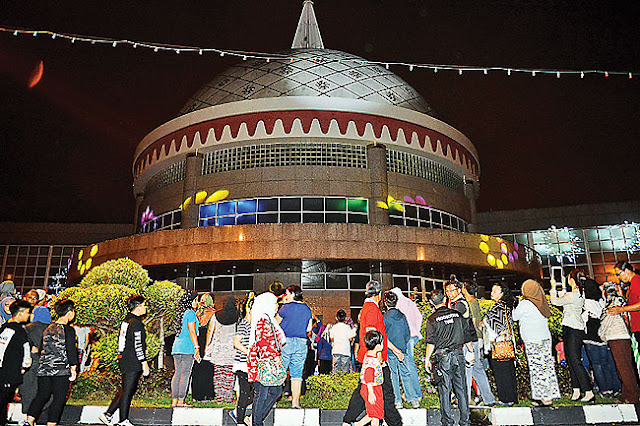 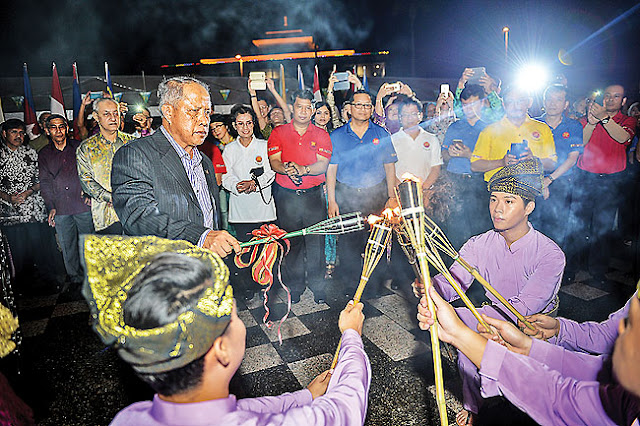 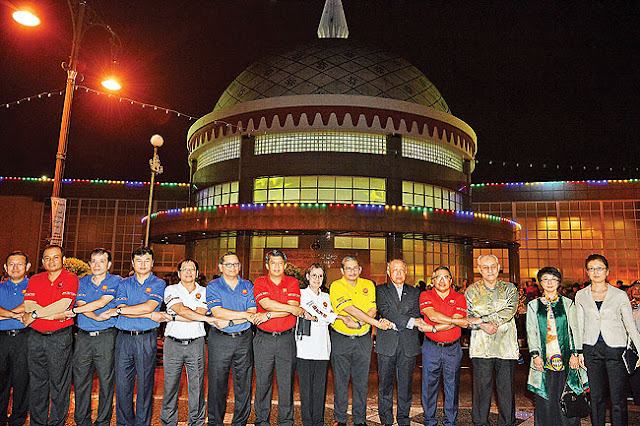 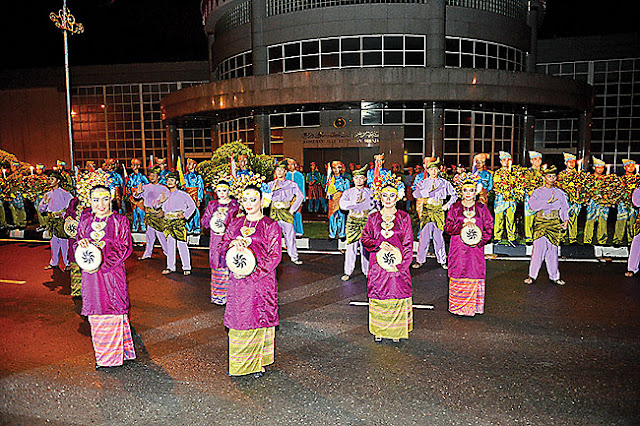 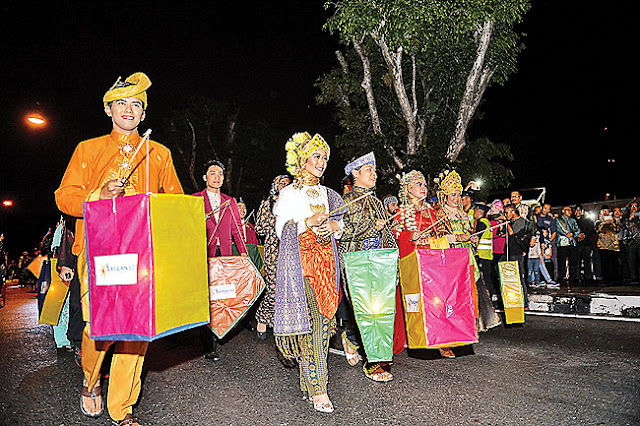 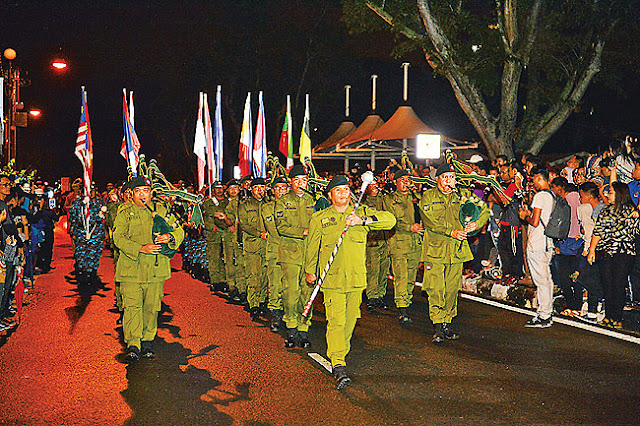 THE iconic Royal Regalia Building in the capital was officially declared as an Asean Landmark in a colourful ceremony last evening, which was also held to mark the 50th anniversary of the 10-member country bloc.

Top diplomats from Asean member countries and its dialogue partners were also present.

Hundreds of spectators witnessed the event held in front of the Royal Regalia Building that was lit in a colourful laser light show to mark the occasion.

Welcoming the guest of honour and special guests were the beating of the traditional ‘hadrah’ and a traditional dance, followed by a vibrant procession led by the musical band from the Prisons Department.

The procession also saw the marching of Asean flag bearers comprising trainees of the National Service Programme (PKBN) and a march-past of former participants of the Asean youth ship wearing traditional costumes and dresses from different Asean member countries to signify Asean solidarity. Some 50 different bicycles from the 1960s also made their appearance in the procession.

The event later saw singing performances from the Republic of the Philippines, the Chair country of Asean this year and a finale performance of the song ‘Asean We Are One’.

The gallery’s exhibits include the artefacts used for royal ceremonies in the country, the gold and silver ceremonial weaponry, crowns embedded with jewels, and other paraphernalia that formed part of the coronation ceremonies, and ceremonial costumes.