A Hike to Teraja Waterfall 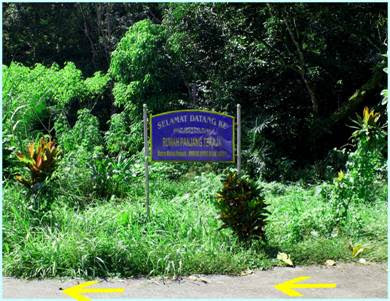 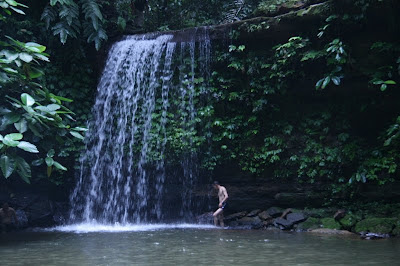 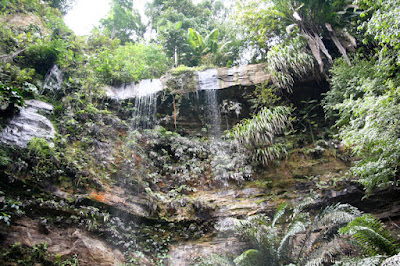 AFTER visiting Rumah Panjang Kampung Teraja at the end of Labi road, why not continue uphill to check out its waterfalls?

Today’s article will highlight Wasai Teraja or Teraja waterfall, which you can find when hiking in Bukit Teraja.

Continuing the trek from the Teraja longhouse, there are two known waterfalls that can be reached — with a guide, of course — in Teraja hill, namely Wasai Teraja and Wasai Belulok.

It would be quite difficult to go to the two waterfalls on the same day unless you have the stamina of a marathon runner, so it’s best to choose one waterfall to go and get familiar with the route before checking the other.

Choosing Wasai Teraja was a good decision for me as the route takes less than an hour of trekking. It is about two to three kilometres from the longhouse.

First things first, the route involves crossing streams and uphill hike, so hikers have to be equipped with the proper gear. Boots are recommended.

Ideally, the hike should take no longer than an hour, with the path leading hikers to cross three streams along the way. Though fallen logs are placed conveniently for hikers to cross on, the surface is quite slippery and depending on the weather, the stream of water may very well run over them.

Wading the stream carefully is an option for crossing over that will allow hikers to feel the refreshingly cool water. The first crossing is in the early path while the second comes about 30 minutes into the hike. Hikers will then start ascending after the second stream.

Head on and the path will lead to the third crossing, and 10 minutes from there, hikers will be rewarded with a view of Wasai Teraja and its surrounding lake — a beautiful scene for visitors to enjoy after the hike.

Nature lovers will not be disappointed as the waterfall is slightly higher than the more popular Wasai Kadir. Its crystal clear and cool water form a pool lined up with a green canopy.

Have a picnic or take a dip if you feel like it but leave nothing behind, hikers have as much responsibility to keep the place clean for its next visitors.

While there’s a trail that can be followed throughout the hike, sadly there are no signboards that can actually guide you to Wasai Teraja.

The hikers’ best choice is, again, to bring a guide. Or if they're confident enough, they can ask for directions from someone at the longhouse.

Another important thing to do before hiking up Bukit Teraja is to register yourself at the Teraja Police Post for safety reasons.

There are actually two viable routes which you can start your hike from.

One is just next to the police post and the other behind the Teraja longhouse.

Along the way, take some time to look around and appreciate the flora and fauna that can only be seen in Brunei’s rainforest.

Keep your eyes open for thorny branches if you do not want to get hurt along the way.