May 31, 2010
[Today is the annual anniversary of the Royal Brunei Armed Forces. Nobody knew why it is always on 31st May every year. That is the date of the announcement of the formation of the Royal Brunei Malay Regiment, even though it was technically formed much later when everyone had undergone training. I wrote this article for today's Brunei Times.] 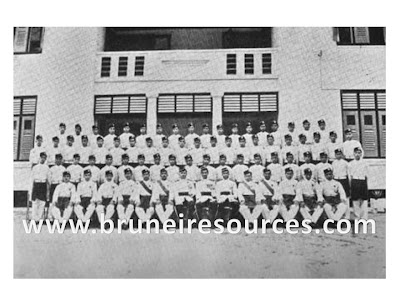 During the Second World War, when Brunei was already an important oil producer in the entire British Commonwealth, there was no local army to defend Brunei. The British left only a handful of people – not to defend the oil fields but to sabotage the oil fields in a tactic known as oil denial tactic. That trick did not work and the invading Japanese army managed to get some of the wells operational soon after the invasion. This no doubt helped to contribute to the thinking that there was a need to have a full time army to help protect the country.

The first notice came out on the 21st April 1961 edition of the Borneo Bulletin. It asked for candidates between the ages of 18 to 35, minimum height of 60 inches and a weight of 105 pounds. The pay was $160 per month increasing to $184 after training. He must be born in Brunei to one of the Brunei indigenous races. The notice was repeated on Borneo Bulletin 28th April 1961.

Slightly more than 100 prospective soldiers applied to fill in 60 available jobs. Major Muhammad of the Federation of Malaya Armed Forces arrived in Brunei to select those men. He was joined two days later by a medical officer.

After spending around 10 days to interview and select the first 60 men, it was announced that on 31 May, the first batch of recruits for the new Regiment were ready to depart for Port Dickson using a special air lift. At 9.30 in the morning, all the 60 recruits gathered at the Lapau to be sworn in by a Magistrate. Then they were taken to the airport.

The Brunei Malay Regiment was formed on that day by the order of His Royal Highness Sultan Haji Omar ‘Ali Saifuddien Sa’adul Khairi Waddien. The date of 31 May had been used to celebrate the Royal Armed Forces Day till today.

The Brunei Airport at Berakas saw at least a thousand people packed into the small airport just to see off the first 25 recruits leaving via a Bristol freighter aircraft of the Royal New Zealand Air Force. That plane arrived at Kuala Lumpur at 4.30 pm.

The second aircraft, this time a Royal Air Force Hastings was supposed to leave with the other 35 recruits. Unfortunately that plane did not leave Singapore until the next day. So all the recruits were given a night’s stay at the Brunei Hotel.
All the recruits who arrived in Kuala Lumpur were immediately taken to Port Dickson and were formed into Platoon 5 and Platoon 6.

By July 1961, the first Commanding Officer for the Brunei Malay Regiment was seconded from Malaya. He was Lieutenant Colonel Tengku Ahmad bin Tengku Besar Barhanuddin. He had served the Army for 15 years and had been mentioned twice for gallantry in action against Communist Terrorists.

Meanwhile more recruitment took place in Brunei. In August, further notices appeared in the Borneo Bulletin. This time it was intended to recruit officers. In September, another notice took place (lowering the minimum qualification from Standard 5 to Standard 3) and this led to another 70 recruits. They left via the Bolkiah where they transferred to a bigger vessel which took them to Port Dickson. It was reported that at least 2000 family members and friends were at the Customs Wharf to bid farewell.

During his Royal Highness’ 45th Birthday Celebrations on 23 Septemember 1961, His Royal Highness Sultan Haji Omar ‘Ali Saifuddien Sa’adul Khairi Waddien stated that “… the establishment of Askar Melayu does not mean we are ready to face a war crisis, but what made us establish Askar Melayu is only just one adequacy for a country wishing for a move towards development, like what have been done by every and most of the developed countries ...”

On 4 November, the first recruits passed out and were inspected by Brigadier Tengku Osman bin Tengku Mohammed Jewa. The best recruit award was won by Abu Bakar bin Tahir and the best shot award was Mohammad Shah bin Mohammad. When these first recruits came back for their first leave in Brunei, a few thousand people waited at the airport shouting ‘Askar!’ ‘Askar!’ (Soldiers!, Soldiers!) They held a parade at the Town padang and marched past in front of His Royal Highness Sultan Omar ‘Ali Saifuddien Sa’adul Khairi Waddien. Drills were also held in Kuala Belait and Tutong. After their leaves, the soldiers were posted to various active units in Malaya. 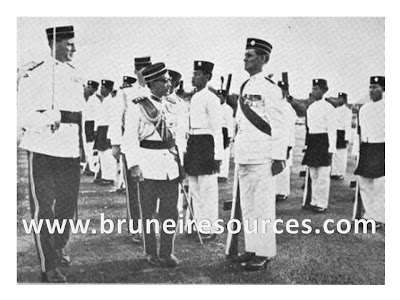 The largest batch of recruits numbering 200 was in Port Dickson by December 15. By the end of 1961, more than 326 men had been recruited by the Brunei Malay Regiment with 317 men continuing and 9 dropping out. By 5 May 1962, a further 263 soldiers had passed out. After completing their leaves, the soldiers returned to Siginting Camp at Port Dickson.

Officer cadets too had been continuing their training and by August 1962, five cadets were able to return to Brunei for their leaves. On 8 December 1962, the first three cadet officers were commissioned at the Federation of Malaya Military College at Sungai Besi, Kuala Lumpur. It was on the same day that a rebellion broke out in Brunei. However the regiment was not recalled back to Brunei.

At the end of 1963, the Regiment strength was 410. By early 1964, the Regiment contemplated to do its own training and moving from Siginting Camp to Berakas Camp. By March, tenders to provide uncooked rations were place in newspapers.

On 27 April 1964, sixteen men arrived, some of them accompanied by Malaysian brides. But the majority of the Brunei Malay Regiment arrived via Straits Steamship Company vessel Auby and docked in Brunei on Wednesday 6 May 1964. The regiment marched out of the ship to the Secretariat Building. More than 5,000 people were estimated to be in Brunei Town welcoming the Regiment’s arrival in Brunei. They were given a month’s leave and will be settling into the new Berakas camp when it was ready.

The next year, on 31 May 1965, His Royal Highness Sultan Haji Omar Ali Saifuddien Sa’adul Khairi Waddien, the Sultan and Yang Di-Pertuan of Brunei Darussalm bestowed the Regiment with the honour of the title ‘Royal’.