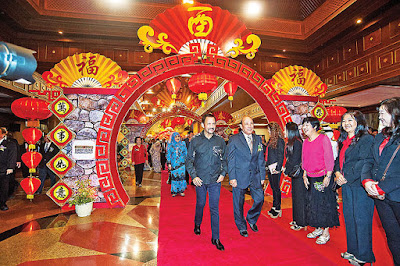 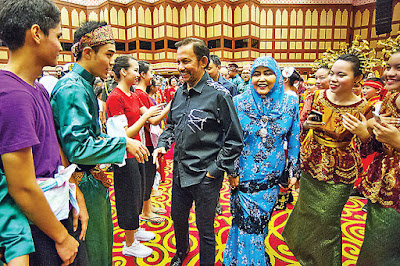 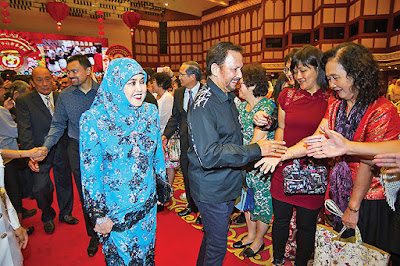 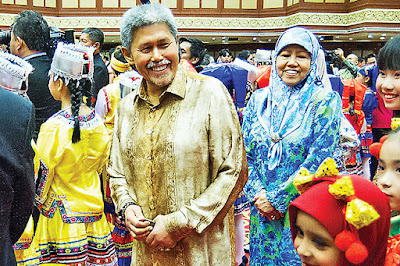 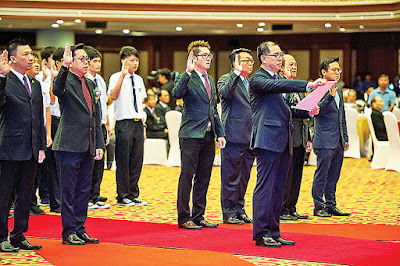 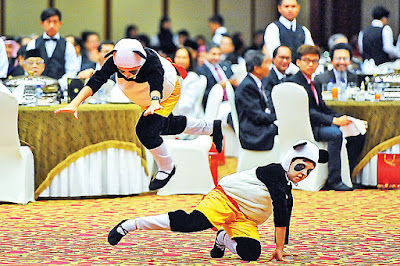 Upon arrival, Their Majesties and members of the royal family were welcomed by YB Ong Tiong Oh, a member of the Legislative Council (LegCo) and Chairman of the organising committee for the Chinese New Year celebrations 2017; Pehin Kapitan Lela Diraja Dato Paduka Goh King Chin, honorary advisor of the committee as well as members of the committee.

This was followed by singing of the national anthem and a pledge of allegiance taken by members of the Chinese community, led by Muhammad Firdaus bin Abdul Rahman @ Dr Tan Kah Hock.

The event also saw presentation of a pesambah to His Majesty.

The celebration was enlivened by an hour-long performance themed ‘Innovative Youth as the Prime Mover of National Vision’ which was carried out by students of Chung Hwa Middle School, Bandar Seri Begawan (BSB).

The performance that delighted Their Majesties and the royal family included Chinese traditional dances, poetry recitals, Bermukun – a traditional form of entertainment which is still preserved, a Wushu showcase in Kungfu Panda costumes, among others.

“It’s an extraordinary Chinese New Year celebration which was graced by the presence of Their Majesties and the members of the royal family. It’s a fantastic celebration and everything went smoothly without a glitch,” said YB Ong Tiong Oh.

He also conveyed his gratitude to the students, principal and teachers of Chung Hwa Middle School, BSB, as well as members of the organising committee in helping to make the celebration a big success.

Before concluding the ceremony, Their Majesties and the royal family viewed an exhibition of video conferencing system set up by students of Chung Hwa Middle School, BSB.

Also attended the celebration were Cabinet Ministers, prominent figures in the government and Chinese community and foreign dignitaries.