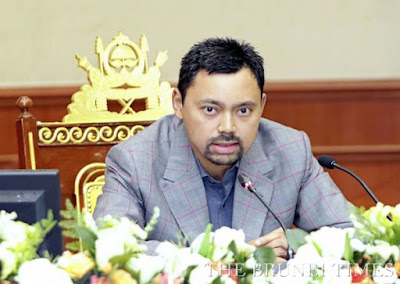 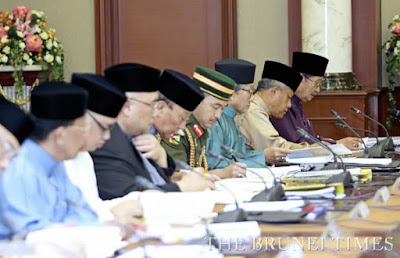 His Royal Highness Prince Hj Al-Muhtadee Billah, the Crown Prince and Senior Minister at the Prime Minister’s Office made the announcement during the second meeting of the national committee for the monarch’s birthday celebration.

A belated celebration will take place on the special holiday involving a parade at Taman Hj Sir Muda Omar ‘Ali Saifuddien and an investiture ceremony at Istana Nurul Iman.

In his sabda delivered at the Prime Minister’s Office, the Crown Prince (pic) in his capacity as the national committee’s patron, also announced that His Majesty’s birthday today will be observed with a 21-gun salute on the morning of July 15 and thanksgiving prayers in the afternoon.

Similar to previous years, the monarch’s birthday will be celebrated at a later date as July 15 falls on Ramadhan.

“This traditional heritage is no doubt a strong symbol of solidarity among citizens and residents in the country and is synonymous with continued progress, peace and prosperity resulting from the leadership of a wise, people-oriented king,” said HRH Prince Haji Al-Muhtadee Billah.

He added the opportunity for the public to express their gratitude should be highlighted through participation in the upcoming celebratory events and ceremonies.

The Crown Prince said it is imperative for the celebration to open up opportunities in attracting the “active, yet meaningful and integrated” involvement of various groups such as the public and private sectors as well as NGOs, students, youth and general public.

As members of the national committee, he pointed out it is their responsibility to continue generating ideas and strategic plans that take into account past experiences.

HRH called on the national committee to learn and improve from their past experiences, highlighting the importance of holding a post-mortem meeting that is backed with verified information and supporting data.

“In my opinion, we need to focus on the essence of the celebration programme so that it is able to attract more participation and attendance from all levels of society,” he said.

The Crown Prince said they aimed to achieve consensus through the collaboration of ideas that are not only “government-driven”, but derived from a combination of ideas from the private sector, NGOs including youth and the wider public.

“Our objective is clear, which is to strengthen the unity of the people in this country, especially through the celebratory ceremonies with the public in the four districts,” he said.

HRH said they can plan events that are “universal”, which creates a sense of “belonging and togetherness” among the people. He added that ideas and participation from the public will be addressed by the respective district offices and consultative councils.

He said grassroots leaders play a vital role in mobilising and encouraging their respective village residents to “grab the golden opportunity” to attend the upcoming meet-and-greet events.

Also on the agenda were plans for the nationwide meet-and-greet sessions with His Majesty as well as side events such as flag-raising ceremonies and the Knowledge Convention.